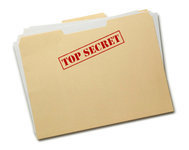 If there was any remaining doubt about whether Julian Assange is a behavior modification victim who is used for selective hang-out operations, for cognitive misdirection of the public political discourse, and for covering up US/NATO war crimes, the release of the "Syria Files" today, should be the proverbial stone that is breaking the camels, or Assange´s back.

Before returning to Syria, let´s recall Wiki Leaks publication of the infamous video of the appalling, premeditated murder of twelve people in Baghdad in 2007. Among the murdered were the 22 year old Reuters' photojournalist Namir Noor-Eldeen and his driver, 40 year old Saeed Chmagh.

We see the pictures from the gun camera that is mounted on the gun in the Apache Helicopter. The shooter is taking aim. The commanding officer at a command post gives the order to open fire. The two Reuters employees and several others are killed, some are wounded. A SUV with people who want to help the wounded arrives. The commanding officer gives the order to open fire on the vehicle and the people inside. More Iraqi citizens are murdered. Among them two children. (1)

A young US American soldier, Private Bradley Manning is getting a hold on the video and sends it to WikiLeaks. Wikileaks published the video, and if WikiLeaks was what it is claiming to be, there would have been two things that would have been very much different from how the related events transpired.

For one, private Bradley manning would most probably not have been arrested. For the other, if rather than directing all media attention on WikiLeaks, on the discussion whether private Manning is a hero or a traitor, attention would have been directed where it should have been, it is most likely that journalists world wide would have focused on having the shooter as well as the commanding officer sentenced for war crimes. But that is not so, and it is not so because WikiLeaks either has been established as a Western Intelligence Hang-Out-Function, or it has been co-opted and is being used as such.

As the US Arm's records show, the investigation into the killing of the Reuters employees, the so called "insurgents" and children was a white wash. (2)

The US-American Journalist and Historian Webster G. Tarpley, who among other is known for his book "The Unauthorized Biography of H.W. Bush" as well as his investigative work for the Italian government into the kidnapping and murder of former Italian P.M. Aldo Moro, and for discovering that it was an intelligence infiltrated command of the Brigade Rosse that was responsible for the Moro murder, has also investigated Assange.

Webster G. Tarpley has been one of the first to pay attention to the fact that something smells bad when Wiki Leaks, and expressed it in numerous radio shows and interviews. In fact, Tarpley has built a strong case, documenting that WikiLeaks founder Julian Assange is the product of CI's brand of Cult Mind Control or Behavior Modification.

Tarpley is asking a series of very relevant questions. Who is financing Julian Assange's nomadic life ? Why is he given access to the front pages of some of the most prestigious main stream newspapers while high profile journalists struggle to get there? It would be good to add, the most prestigious, corporate or state sponsored newspapers. How does Assange manage to stay free without being apprehended ? Why has no court yet sentenced him for hacking and given him a ten years sentence ? It happens with so many other hackers, but not Assange, thesuper hero hacker ?

Tarpley reports among other, that the work of Assange is closely related to, and possibly financed by the secretive hedge fund hyena and self proclaimed "Philanthropist" Soros. Soros is doubtless a man of great influence and he sponsors among other operations such as "Media Matters", which is another hang-out operations targets journalism which is not conform with the Soros Agenda". On the Soros Agenda are among other such Philanthropic matters as globalization, liberalization of finance capital markets, eugenics. Soros is among other known for having given an interview where he denigrated war and the public outrage against war crimes as ridiculous, referring to World War Two as a positive example for how "real war should look like".

If that is not enough to become highly suspicious about Julian Assange, and if one still does not think that it smells badly when "Wiki Leaks", here is the clincher.

His parents were running a touring theater company and Assange´s childhood was chaotic. His mother, Christine Assange, was divorced from his father and remarried in 1979 with a member of the New Age Cult called "Sanitniketan Park Association" also known as "The Great White brotherhood of Light". The leader of the cult, Anne Hamilton-Byrne was a self-proclaimed Yoga teacher, who taught spiritual Yoga. She was seemingly predominantly attracting mentally unstable disciples. About 25 % of the group were nurses and physicians who ran a private hospital in Kew, Australia. Because of the groups New Age Beliefs, many of their mentally unstable patients were treated with LSD, Electric Chock Therapy and Lobotomy.(3)

The cult leader, Anne Hamilton-Byrne was involved in the kidnapping of young children, who with the help ofthe cult´s members were provided false identities. Anne Hamilton-Byrne had ambitions to create a "Master Race", and be it by fraud, by coloring the children's hair blond. The children were kept at a remote location called Kia Lama, and were made to believe that Ann Hamilton-Byrne was their mother, and made subject to mind control experiments. (ibid.)

Although Assange may only have spent three or four years of his early childhood under those conditions, everybody who has once studied the 17.000 pages of declassified documents pertaining the CIA´s MK Ultra Behavioral Modification Experiments, or read the protocol of the Senate Hearings about the CIA program knows, that Assanges background must raise serious alarm bells as to whom he is actually working for, and who his handlers and controllers are. (5)

It is overwhelmingly likely that the publication of the Syria Papers is - The latest of CIA´s Controlled Hang Out Operations. It is also high time that independent media as well as an informed public begin to understand that it smells bad when "Wiki Leaks". A healthy public reaction to the Syria papers would be to say. "Wiki, you are an adult now, and you can´t go on leaking over there in your corner. We know that you have been badly abused in your childhood, but it´s time to grow up. We won´t tolerate that you are "leaking over there in your corner because it stinks to high heaven. Go to the toilet, that is where your leaks belong". Another healthy public response would be to say: " Don´t try to tell hard working investigative journalists that your CIA-Puppet work has anything to do with journalism. Journalists go after the criminals rather than putting themselves into the lime light to detract attention from the criminals.

So,what is Wiki´s Stench Covering up this time ?After distracting attention from the murder of twelve Iraqis, among them two Reuters employees and two children, by diverting all attention towards little abused Blondie Julian and private Manning who is rotting in jail, and numerous other controlled hang-out-operations that question should be the one that dominates the public and political discourse.

The fact that NATO, the GCC and their best buddies from Al Qaeda and the Muslim Brotherhood are doing their utmost to alleviate the consequences of their diplomatic defeat by Russia and China ? The fact that Hilary Clinton and the Wall Street Puppet Obama will do everything they can to continue the destabilization of Syria. Now that Clinton and Obama have received a clear and unequivocal message from Russia, China and Iran, that a military adventure on Syria is equivalent to a declaration of war, it is most likely that the illegal, unconventional war on Syria, the war of terror and death squads will be intensified ? The fact that the so called Free Syrian Army is being supplied with tanks and heavy weapons ? The fact that Syria already has a unity government, that members of opposition parties to the Arab Socialist Baath Party have numerous of the key Ministries ?

A Hail to Julian Assange, who dares to discuss publicly what journalism should be and how he tries to keep journalism ethical.

Why not write something about the Swiss hand grandees that are being used by insurgents ? (6)

Why not write about Walid Jumblatt and the fact that the Chairman of Lebanon´s Progressive Socialist Party is pushing Israeli Weapons to the insurgents ? Weapons delivered by Israels Raphael Industries. (7)

If someone asked me for my honest opinion I would say " deliver Blondie Boy Assange to the USA and put him to jail for hacking. As long as he shares the prison cell with war criminals Obama, Clinton, Clinton, Bush and Bush, and Rumsfeld I´d say he would be in perfect company. And set Private Bradley Manning free. "

1) Video of US Soldiers murder of 12 Iraqi citizens, among them two Reuters Journalists and two children. http://www.youtube.com/watch?v=gFS3K_-aOzI&feature=related

2) INVESTIGATION INTO CIVILIAN CASUALTIES RESULTING FROM AN ENGAGEMENT ON 12 JULY 2007 IN THE NEW BAGHDAD DISTRICT OF BAGHDAD/IRAQ.

3)How To Create a Self-Loathing Psychopath with Delusions of Grandeur: http://globalgulag.freesmfhosting.com/index.php?topic=795.0