An analysis of US Foreign Policy over the years presents to those with goodwill a history of a country following its own interests around the globe. In pursuing these interests, the United States of America has sometimes gone against what it preaches, namely freedom and democracy, and has built or supported regimes which practise anything but this. Yet to look only at one side and deny that Washington provides billions of dollars in humanitarian aid programmes around the world would be unfair and impartial. 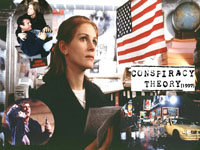 Taking recent examples of Washington’s more and more unilateralist and interventionist policy, one begins to see a pattern of repeated arrogance and prepotence which stems from the belief that the “them” which existed during the Cold war has now disappeared leaving only an “us” or in this case, “U.S.”

Moscow has had its own house to set in order during the winds of change sweeping across EurAsia since the beginning of the 1990s and it could be said that this has been done admirably, in a short space of time. Moscow follows a coherent foreign policy, based on a multilateralist approach upholding the rule of law, those who visit Russia regularly can see a visible rise in the standard of living, economic stability is now a fact, the factors for investors are attractive and Moscow begins to increase its foreign aid programmes across the globe, becoming once again a major player in Africa.

Washington, in comparison, has some dubious skeletons in the cupboard of its recent history. First, the haste to jump into the Balkans when had the USA and the European Union left things to evolve on their own, controlled by those who understood the local social and ethnic fabric, the horrors perpetrated by Croats, Muslims and Serbs would have been at worst limited and easier to control.

The worst enemy of an interventionist policy is misguidedness and while it is possible to believe that Washington waded into Kosovo because it felt it had acted too late in the case of the Croatian and Bosnian wars and had done nothing in the case of Rwanda and Burundi, the fact is that all Slobodan Milosevic was doing was to rid his country of the scourge of Islamist terrorism, namely the KLA. Curiously, as Washington had sided with Bin Laden, it also wined and dined the KLA leadership on Capitol Hill.

While Condoleeza Rice goes globe-trotting, sending messages in all directions, it would be good to remind the US authorities that if Bulgarian nurses have been held for a long time in Libya, then so have other detainees in Guantanamo and the difference is that the Bulgarians haven’t been tortured, not to mention the concentration camp at Abu Ghraib, more befitting of the scenes in the film Hostel.

The question of the Russian gas supply to Europe is a question for those who supply and receive the gas, not Washington, to worry about. After all, Russia’s interest is to increase the supply and sell more gas, not cut it off.

The more Washington and the members of the Bush regime open their mouths, the more one questions whether they really are that well-meaning, or whether they are a detached, sorry clique of wannabe Cold War warriors who missed their chance for a global armageddon because the Soviet Armed Forces achieved parity and have been feeling bitter about it ever since.

More and more, it appears that Washington is run by a group of people who are so eightiesish and who do not understand that the world has moved on. In the words used and understood by Washington, if regime change is to be avoided, less of the shock and awe tactics and more of the winning hearts and minds by humanitarian aid programmes which are not intrusive or top-down in attitude, more use of the UNSC for crisis management and less mouthing off and making snide remarks.

Then maybe Washington will find that its leaders do not have to travel in knee-jjerk surprise visits, that the President does not need thousands of bodyguards to protect him whenever he dares to step off an aircraft and that the rest of the world is indeed not anti-American, if America is not seen as being against the rest of the world.