Muslims to conquer the heart and soul of Europe

A quiet Danish town of Odense, the birthplace of the great storyteller Hans Christian Andersen, is close to becoming the arena for clashes between natives and immigrants from Muslim countries. Danish websites are full of reports stating that followers of Islam are particularly aggressively squeezing the Danish from the local area of Volsmese.

Once Andersen named island Fyn where Odense is located, the "Garden of Denmark." Today, however, the city does not match the romantic description. According to the Internet portal Bt.dk referring to police sources, immigrants from Muslim countries conduct targeted attacks nearly exclusively at the indigenous population. "If your last name is Hansen or Nielsen and you live in Odense, especially in the area of Volsmese, the risk of being robbed is several times higher than that for those with foreign last names," says the Danish website.

"Robberies of ethnic Danes became particularly frequent in the past few months. There is something racist about it. As a result of frequent crimes against local residents, we observe that the indigenous islanders began to leave their homeland. Over the past four months 150 robberies have been officially reported, 90 percent of which were committed against ethnic Danes," said a police officer. 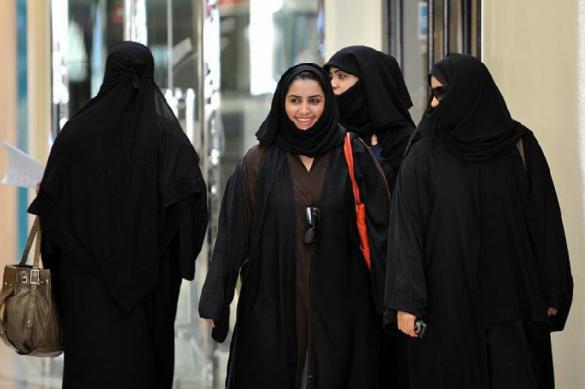 Also read: Germany to be conquered by Islam

"Many young criminals openly admit that they want to make Volmese their own. Last year there was a case where a Danish family home was subjected to vandalism and theft several times a week, until finally, they decided not to come home and left. Many of robberies resemble vandalism and terrorism, and look like revenge or threat. Everybody knows about it, although the government continues to hide it well", the policeman said.

In turn, the newspaper Kristeligt Dagblad reported that particularly observant Muslims chased one of the Iranian immigrants. "Young people told me that I should not drive with a cross in the car. Then our car was smashed and set on fire. We bought another car, but the windows were broken three times already ... My kids do not wear headscarves, as 99 percent of other local children, therefore they attract more attention. It was simply not safe to let them go play. We decided to move as far away from Volsmese as possible," a victim said.

As for the police chiefs of the island, they acknowledge the sharp rise in crime, but are not willing to comment on a possible ethnic or religious background of the incidents. "I have no idea why criminals check the name on the mailbox before they rob a house," said a police spokesman. His subordinates, apparently, are more talkative, albeit they wished to remain anonymous.

Hiding the national background of the crimes, the police leadership of Odense contradicts the actions of the authorities in Denmark. Folketing (parliament) last year voted to restore control at the borders of the country. The main reason is openly talked about: the problem of immigration. Copenhagen fears that a wave of refugees from North Africa will exacerbate the already difficult situation that developed in Scandinavia with immigrants from Asia and Africa.

Danish, Swedish, and Norwegian media recently were filled with reports of street wars between the youth of the "white" and immigrant areas in the streets of Copenhagen, Malmo and Oslo. The police claimed that the fights have to do with drug traffickers arguing over the territory. However, few Danes (as well as Swedes and Norwegians) believe this.

Current developments in Odense showed that the problem of the relations between indigenous and immigrant Danish Muslims growing for half a century has fully matured in Denmark. When in the early 1960s the country was in need of unskilled labor, and later showed humanism towards the residents of 'hot spots', hardly anyone thought that the immigrants would be so ungrateful with respect to their host country. When today their number has reached 200,000 (out of five million), things took a nasty turn.

However, we cannot say that Muslims are the only ones to blame. The Danish government remained silent about this issue for years and toyed with the Islamists. Former Prime Minister of Denmark and now NATO Secretary General Anders Fogh Rasmussen has allowed hosting the "World Chechen Congress" in Copenhagen with militant emissary Akhmed Zakayev as a guest in the days of the tragedy of the "Nord-Ost". The Danish authorities also sluggishly reacted to the preaching of Islamic nature heard from some houses of worship.

The other side of the coin is the notorious political correctness that at times developed into permissiveness. On September 30, 2005 the Danish newspaper Jyllands Posten published cartoons of the prophet Muhammad. Since depicting the prophet is prohibited in Islam, Muslims rebelled. But Fogh Rasmussen refused to apologize even when fervent Islam followers broke into the Danish Embassies and Muslim countries one after another began to curtail the economic and political ties with Denmark.

Had Rasmussen apologized, there may not have been riots in the embassies and repeated attempts to kill the author of the first cartoons Kurt Vestergor. Perhaps the relationship between the native Danes and immigrants from Muslim countries would not have strained to the limit. The government also blessed the immigrants for the idle life on benefits. According to various estimates, up to 40 percent of all benefits in the country are paid to Muslim immigrants.

On the other hand, a significant proportion of Muslims did not abide by the local rules. Denmark legalized such questionable from the standpoint of religion (and not just Islam) things like same sex marriage, abortion, and recreational drugs. The existence of Christiania district in Copenhagen area, known for its particularly frivolous nature, is not to the liking of many Danes either. However, it is up to the Danes to decide how to run their own country. No one likes it when the guest drives the host of the house. The hosts in this case are the Danes, no matter how immoral.

When it comes to outright driving of the Danes out of the city where an object of their national pride was born, things take a very nasty turn. Incompatibility of the two mentalities and ideologies threaten to grow into an open confrontation. The authorities of Denmark are ignoring the issue at their own peril.