Is 2015 going to be the year of solution for Syria? 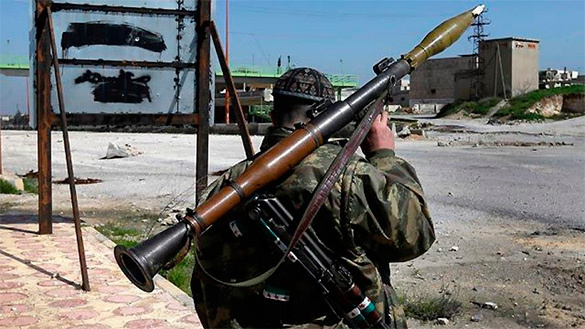 In the past year alone, the Syrian civil war that started in 2011 claimed 76 thousand lives. Syrian Observatory for Human Rights reports that half of these people were civilians and 3501 of them were children. According to the official reports, since the start of the war, 191 thousand people have lost their lives. However, unofficial numbers are much higher. Millions of people were displaced, with taking refuge in neighboring countries. How long will this war continue? Who will put a stop to this bloody conflict?

A new initiative started under the lead of Russia puts the hearts at ease, at least to an extent. Russia plays a key role in the months-long negotiations and everyday hopes are rising that Putin will be able to convince Assad. On January 20, 2015, a new negotiation plan will be discussed in Moscow. Backed by UN, the representatives of Syrian opposition will first attend this round of negotiations, which later will see the participation of the representatives from the Syrian government. Many expect that the plan will include all the non-IS opposition groups, including Moaz Al Khatib, the former President of the Syrian National Coalition.

Actually this plan is nothing new. The Russian Deputy Foreign Minister and Middle East Representative Michael Bogdanov, Syrian Foreign Minister Walid Muallem and Moaz Al Khatib have been working on the preparations for some time now. Bogdanov conducted various meetings in Lebanon, Istanbul and Syria. The plan includes the following: limiting the powers of the Syrian President, ensuring that Ministry of Defense and the army reports to the President, forming a government led by Muaz El Hatib and mostly constituting of the opposition, preparations for a new constitution and a parliamentary election.1

However, compared to 2011, there are too many variables that need to be factored in 2015. The most notable one being the IS. The organization, which secured huge swathes of the Syrian lands, threatens both sides, prompting counter-units. Some opposition groups facing the threat of IS, signed ceasefire deals with the Assad regime in certain areas, bringing the clashes to a halt. The conflicts amongst the opposition groups are another big obstacle before a deal. In addition to the sanctions, the decline of the ruble, and the lingering Ukrainian crisis, push Russia to a position where it will no longer able to sustain the weight of Syria. However the real result of the solution will be protection of the region, which became even more fragile due to the threat of IS. It will also ensure that IS is no longer a threat to Iran, Caucasia or Russia.

For how long will the war in Syria continue?

It doesn't seem like that the Syrian plan will yield results very soon. Since there are so many inter-linked and conflicting interests by various parties at play in this process, it puts Russia in a very important position. If Putin skillfully manages this plan, which requires masterful maneuvering and patience, results can be achieved. Surely, the first stage is convincing Assad. It is crucial that Assad, with his family is given protection and that he leaves politics for some time. As things calm down and the constitution is changed as planned with the necessary democratization steps, he can once again run for the next elections.

It is clear that the Baath Party cannot be isolated in the current situation. For this reason, it is important that opposition representatives like Moaz Al Khatib  do not push solutions that do not involve Assad or Baath Party members. Even though, unspeakable tyranny was carried out before the eyes of the world, it doesn't seem likely for now that they can be left outside a pluralistic democracy. However, to prevent a new Baath dictatorship that resembles those of the past, it is of paramount importance that the new government of Syria has a strong democratic infrastructure.

Preventing sectarian conflicts must be one of the most important goals of this plan. Ensuring that Sunnis, Shias, Nusayris and other groups are represented in parliament must be an important part of this plan. However, the existing enmity and huge losses on every side, make Putin's approach and steps in peace-building process even more crucial. The first step should be without Assad, but the foundations must always be laid on democracy. The opposition needs to understand that Syria is a valuable partner for Russia and that any anti-Russian sentiment in the new parliament cannot be successful. They should not get carried away by the anti-Russian sentiments encouraged by USA and EU.

'Frozen zones' plan, devised by UN Special Representative Staffan De Mistura and which was welcomed by EU, Turkey and Iran, should also be closely studied. It is crucial that ceasefire is announced in certain regions, starting with Aleppo and that humanitarian aid is immediately sent to those regions. People lose their lives not only due to war, but also hunger in areas like Yarmouk and Aleppo.

Russia, under the leadership of Putin, is going through some tough political times in the international arena. However, this doesn't change the fact that Putin is in the best position to solve the Syrian crisis. Indeed, Turkey offers its full support to Russia for a solution.

It is high time that this bloody war, which has been going on since 2011, stops. The pain that children, women, elderly have been suffering for so long, has to come to an end now. We all have a duty to work on reconciliation where all the parties make compromises and work to overcome all the obstacles with strong leadership, an amicable spirit and commitment to peace.