Has Putin yielded Assad to the West in Turkey?

Russian President Vladimir Putin had paid a previously delayed visit to Turkey. According to the Turkish press, Putin came to talk about cooperation in the economic field. The discussion of political issues was pushed into the background. This is not the case: the parties discuss both the successes and conflicts which are plentiful. 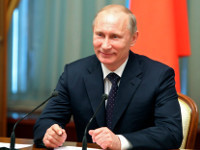 The most important one of them is obviously the Syrian crisis. It should be noted that the visit of the Russian president took place after Turkish Prime Minister Recep Tayyip Erdogan had a meeting with U.S. Secretary of State Hillary Clinton and then Iran's Foreign Minister Ali Akbar Salehi. This suggests a key role of Turkey in solving the Syrian issue. Prior to Putin's visit, Erdogan said the same about Russia's role: "Russia is a key to solving the 20-month conflict in Syria."

Putin and Erdogan stressed that the objectives of their policy on Syria are the same, but the vision of how to implement them is different. Both politicians expressed their regret about this. Russia insists on the peaceful transfer of power in Syria, and Turkey advocates the immediate removal of the legitimate government with the use of military force. The relations between Russia and Turkey worsened after Turkish fighter aircraft intercepted a plane of Syrian Airlines with a legitimate Russian cargo on board. The cargo was intended to be delivered to a "legal customer." Thereafter, referring to a busy schedule, Putin postponed his visit to Turkey, which was originally supposed to take place in mid-October. Then, the Turkish media wrote that Putin had delayed his visit due to his health problems, which was a very convenient option for Turkey.

Turkish analysts believe that relations with Turkey are much more important for Russia than relations with Syria. Indeed, Turkey is a major consumer of Russian gas, and Russia is the biggest market for Turkish construction companies. The bilateral trade grows very rapidly. During the coming years, it will grow from $32 billion in 2011 and to $100 billion. Russia has decided to fully invest in the construction of the first nuclear power plant in Turkey. The project is worth $20 billion $20 billion, with 25 percent of that amount to be used for the creation of jobs. There are other successful projects. For instance, the Magnitogorsk Copper Factory built a plant in the Turkish city of Iskenderun with the capacity of 2.3 million tons of flat steel. To crown it all, on 2 December automotive group GAZ opened the assembly production of GAZelle vans in Turkey.

However, Russia has strong interests in Syria too. It goes about Russian citizens, billions in military contracts and a military base, which Turkey threatens to destroy. In addition, Russia is concerned about the militarization of the Turkish border with Syria in connection with the planned deployment of NATO Patriot missiles, because they can fly towards Russia too.

Putin was ironic, but he expressed the concerns. "With regard to Patriot systems, then first of all, this is not the best system in the world, and secondly, we share Turkey's concerns in connection  with events on the border. We understand the feelings of both the Turkish government and the Turkish people, but we call for restraint, because the creation of additional opportunities on the border exacerbates the situation," said the Russian president at a joint press conference after the meeting with Erdogan.

Putin added that he does not have to be an expert to understand that Syria is not going to attack its neighbors. "This is absolutely unreal," he said. However, Turkey needs these missiles not for the Syrians. The country needs them to suppress Kurdish guerrillas on its 700-kilometer border with them. Therefore, it is unlikely that Turkey will refuse from deploying the missiles. It is no accident that Erdogan earlier stated that Turkey's plans to strengthen its defense do not concern Russia.

The main issue, which concerns many is the follows. Has Putin yielded Assad to the West or not?

One should quote the president here: "You know, we are not the pocket-protectors of the regime existing in Syria. I've said this many times before. We are not the lawyers of the acting Syrian leadership. Our concern is different: what will happen in the future? We do not want to repeat the mistakes that were made, in our opinion, in recent past. Let's recall how actively the Western community supported rebels in Libya. Who could imagine that the same people whom the West supported would take the situation to a tragedy - the murder of the Ambassador of the United States? Before you make a move, you should think what it may lead to," said Putin.

It is worthy of note that the president has never said: "Russia does not support Bashar al-Assad." All formulations are very slippery and, in fact, correct: Russia is neither a lawyer, nor a judge to Assad. Russia has its own interests in Syria, and it will defend them just like the sitting legitimate government. This is what the West thinks about Russia's stance on Syria.

Putin said that his country could not give any guarantees about the intentions of the Syrian leader. However, it does not stop Russia from maintaining "normal working relationship" with him. Putin mysteriously hinted about some new ideas in the Syrian issue.

Perhaps, it goes about the option, which excludes a military intervention in Syria, Assad remains in power for a transitional period with the support of Turkey, Iran and Russia. Erdogan proposed to create the commission in this format a month ago at the meeting with Iranian President Mahmoud Ahmadinejad in Baku. It would be beneficial to Turkey, because it does not aggravate the Kurdish problem and reinforces Turkey's leadership in the region. This is beneficial for Russia too, as it provides the continuity to the Syrian authorities. Iran would keep the Shiite belt. Qatar and the West are not in the ball game, but that is their problem.