US elite has gone far beyond Hitler's impudence and cruelty 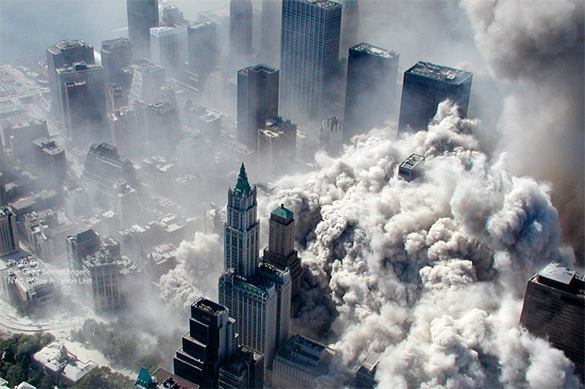 Brutal and bloody provocations are a tool of choice of USA's politics. US intelligence greyhounds have taken a hand in white powder from Iraq, in September 11 attacks and torture. These are not conspiracy theories - this is real politics, President of the Academy of Geopolitical Problems and military analyst Konstantin Sivkov believes.

"They have recently published the torture report in the United States, even though those tortures were not happening on the territory of the United States. Only 500 pages of the 6,000-page report have been published. It is unthinkable what US special services were doing to those suspects after the attacks of the Twin Towers. State Department officials said that no one would be punished for any of those tortures. Do you think that the world community will turn a blind eye on that again and continue to admire American democracy?"

"I think that the world community in the face of political elite of the Western civilization will not pay any attention to this matter. They will pay no mind to representatives of the peoples of Western countries, who may pay attention to it. They will act as if nothing has happened. The elite of the United States is now prepared to retain power at all costs, to ensure control over the world's resources. They will stop at nothing. The American elite acts like Hitler. It was Hitler's elite that approved Gestapo tortures. Today, the American elite approves the tortures that surpass the cruelty of Gestapo.

"Calmly, without worries and remorse, they sacrifice economy to geopolitics. Geopolitics is absolutely dominant in American foreign policy. If they need to destroy China, even though China works for the US light industry and many other things, they will destroy the country, even with the use of nuclear weapons. They will do it without hesitation. As for economic difficulties that may lead to protests - they have the police that shoot everyone, even children."

"Why did the report appear at this particular time?

"It was said that the CIA knew that the September 11 attacks were not related to Iraq, although the Americans were trumpeting about the white powder at the UN."

"Well, I want to remind you that Hitler's reason for war - a casus belli - was the only one Gleiwitz. On August 30, the Germans made a group of prisoners wear Polish uniforms, they gave them weapons and forced them to seize this radio station in the border town of Gleiwitz, Germany. They were told to kill several employees of the radio station and shout anti-German slogans. Afterwards, SS officers came there and shot everyone. Journalists saw corpses in Polish uniforms. On August 31 overnight, German tanks crossed the Polish border. The strategic group of German Wehrmacht had been prepared for the attack.

"The American elite has dozens of such Gleiwitzes. The worst of them was the attack on the American people - the destruction of the Twin Towers on September 11. It is obvious that the FBI was directly involved in the attacks on the World Trade Center.

"Suffice it to say that even in the official American documentary about the events, which was shown on television, the then head of the CIA openly said that a month before the attacks, FBI agents had received copies of passports of those people, who would commit the terrorist acts. With those passports, they quietly boarded the aircraft a month later. It was all prepared by US intelligence agencies. Arabs became the technical executives of the attacks. Today's elite of the United States has gone far beyond Hitler's meanness, cruelty and impudence.