On the murders of Lesbia Yaneth and Jo Cox

The environmental activist in Honduras, Lesbia Yaneth, was murdered in cold blood last week, following the murder of her colleague Berta Cáceres, indigenous leader. Across the ocean, in the UK, the Member of Parliament Jo Cox was murdered by a fanatic during the Brexit campaign. 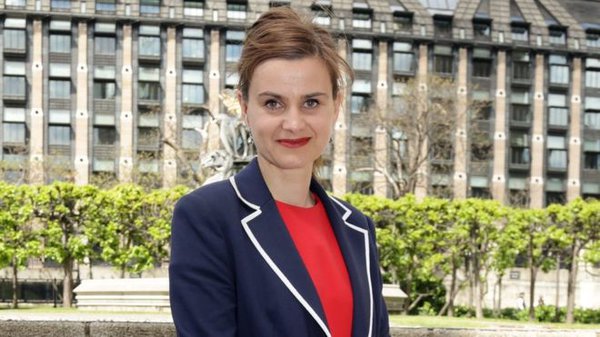 We mourn the death on 7 July of Lesbia Yaneth, environmental activist in Honduras and member of the Council of Indigenous Peoples of Honduras (Copinh). Her murder closely follows that of her compatriot and colleague Berta Cáceres, for her role as indigenous leader, environmentalist and defender of human rights and a fellow Copinh member, Nelson García.

They join the growing list of women and men attacked for their political beliefs and public profile across the world, including the recent deadly attack on Jo Cox, a British Member of Parliament who was shot and stabbed to death in the United Kingdom on 16 June. She was a tireless campaigner for women's rights around the world and outspoken advocate on humanitarian issues, peace and equality.

Their individual voices have been silenced. But the causes they supported are strengthened by those who continue to speak up for justice.

Today globally there are more women in public office than at any previous point in history. Over 10,300 women serve as national parliamentarians, making up over 22 per cent of parliamentarians worldwide and more than doubling the proportion in 1995.  This is nowhere near parity and the rate of change is still too slow, but it is progress.

Alarmingly, almost universally, increased women's representation is accompanied by gender-based violence.  It is visible in different forms-in the escalation of harassment and aggression in various media, intimidation and sexual and physical violence against public women; in forcing political women to resign; and in the public scrutiny of women candidates where commentaries examine their appearance, rather than their experience and policies. In its most extreme form, women politicians have been imprisoned or assassinated for exercising their political rights and daring to stand up for what is right.

Backlash to progress is a global phenomenon

This backlash to progress is a global phenomenon. Its existence is one of the most serious obstacles to the realization of women's political rights today. It is a demonstration of attempts to hold women back and to prevent women from claiming their rights-and from protecting the rights of others. It prevents them from voting or holding public office, campaigning freely, or expressing a political opinion without fear of retaliation or being challenged in their own homes, communities, and in the public realm. It is a direct impediment to women campaigning for office, and a deterrent to young women seeking to break the mold.

It must be named. It must be confronted. It must stop. No woman should pay with her dignity-or her life-to exercise her political rights. This must be partnership-driven-with women in office, with political parties, with parliaments, with citizens and the women's movement. We have to act collectively on discrimination, by sensitizing the media, working with men and boys, and by turning laws into effective policies against political harassment and violence against women.

Ending violence against women and girls-including in politics- is a key struggle and aim of our time. We all have a role to play in exposing and acting to combat it.