Gender violence: One of the most tolerated human rights violations

Statement by UN Under-Secretary-General and Executive Director of UN Women, Phumzile Mlambo-Ngcuka for International Day for the Elimination of Violence against Women, 25 November 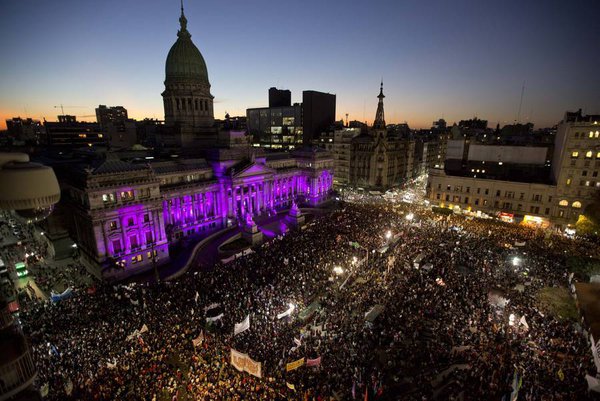 Across the world, violence against women and girls remains one of the most serious-and the most tolerated-human rights violations, both a cause and a consequence of gender inequality and discrimination.

Its continued presence is one of the clearest markers of societies out of balance and we are determined to change that.

On this International Day for the Elimination of Violence against Women we say again:

It is not acceptable.

It is not inevitable.

It can be prevented.

No single solution to a complex problem

Although there is no single solution to such a complex problem, there is growing evidence of the range of actions that can stop violence before it happens, especially if they are implemented in parallel.

We believe that, through concerted action by everyone involved, from governments to individuals, we can tackle the unequal power relations and structures between men and women and highlight the necessary attitudinal, practice and institutional changes.

Imagine how different the world would be for girls growing up now if we could prevent early marriage, female genital mutilation, the turning of a blind eye to domestic violence, abusive text messages, the impunity of rapists, the enslavement of women in conflict areas, the killing of women human rights defenders, or the hostility of police stations or courtrooms to women's testimony of violence experienced.

We know that leaders, whether CEOs, Prime Ministers, or teachers, can set the tone for zero tolerance to violence.

Community mobilization, group interventions for both women and men, educational programmes and empowerment of women are some of the interventions that have impact, when they are put together with other legal, behavioural and social changes.

For example, in Uganda, engaging communities in discussion of unequal power relations between men and women dropped rates of physical violence by men against their partners by half.

In Myanmar, provision of legal aid services for rural women is improving access to justice and the training of even a small group of male leaders has been identified as contributing to a change of behaviour in some 40 per cent of those in the target communities.

We are doing pre-deployment training for peacekeepers to be more gender sensitive and to better protect civilian populations in conflict areas.

And in the United States, urban police officers trained to recognize the warning signs of intimate partner violence, are making some progress in reducing the numbers of murdered women.

As we launch the Orange the World Campaign today, we already know that tuk-tuk drivers in Cambodia, soccer stars in Turkey, police officers in Albania, school children in South Africa and Pakistan, and hundreds of thousands of others around the world, are all in their own way taking a stand.

There are explicit targets

We now have, for the first time, explicit targets to eliminate violence against women in the 2030 Agenda for Sustainable Development. These demand accelerated action.

When more than 70 world leaders took the podium in New York at the Global Leaders' Meeting on Gender Equality and Women's Empowerment on 27 September 2015, the majority named ending violence against women and girls as a priority for action.

It is indeed a priority.

I believe that if we all work together: governments, civil society organizations, the UN system, businesses, schools, and individuals mobilizing through new solidarity movements, we will eventually achieve a more equal world-a Planet 50-50-where women and girls can and will live free from violence.

Prepared for publication by Timothy Bancroft-Hinchey