UN Women is launching a new initiative - Orange Day, starting on the twenty-fifth of each month, from July onwards until November 25, when people should wear orange and take action against gender violence. This is the first action arising from the Global Youth Network to end violence against women and girls. 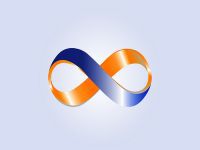 The UN campaign UniTE to End Violence against Women in May this year launched the UniTE Global Youth Network (*). Its first action was to launch Orange Day on the twenty-fifth of each month from July to November, observed as an International Day to End Violence against Women, a day for action. As a sign of adherence, the Network is asking everyone to wear something orange on these days. "As more of us start wearing the color orange on 25th of every month, we will generate interest and spark conversations about the issue. Ultimately, we want people to start thinking and talking about how to end violence against women and girls". (**)

Activists around the world can also upload some of the following messages onto their Twitter or Facebook accounts:

We are proclaiming every 25th of the month as #orangeday - wear orange to say NO to #violenceagainstwomen & girls! via @SayNO_UNiTE

Want to take a stand to make ending #violenceagainstwomen & girls a priority worldwide?Wear orange on the 25th! #orangeday via @SayNO_UNiTE

Wondering what to wear? Wear orange on Wed.25 July & say NO to #violenceagainstwomen & girls! #orangeday via @SayNO_UNiTE

Wed.25 July is #orangeday ! Get ur orange shirt out of the closet &take a stand on ending #violenceagainstwomen & girls! via @SayNO_UNiTE

Wondering what to wear? Wear orange on Wednesday, 25 July & say NO to violence against women & girls!

We are proclaiming every 25th of the month as Orange Day! Wear orange to take a stand on ending violence against women & girls, and encourage all your friends to do the same!

Let's claim 25 July as the first of many days of action to say NO to violence against women and girls.

Three million girls a year in Africa are submitted to