One in Three: Let us end Gender Violence

November 25 is the International Day for the Elimination of Violence against Women and this year marks the twentieth year since the Beijing Platform for Action, which launched the program for gender equality. Two decades on, the onus is on actions by men to support women, to form a global inclusive society. Are we capable of this? Then let's do it! 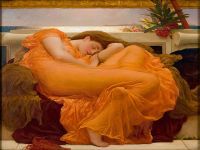 The color Orange has been chosen by UN Women to symbolize a brighter future for women and girls, a future without violence. The 25th day of each month is Orange Day but November 25 is a special Orange Day - it is the International Day for the Elimination of Violence against Women. This year, UN Women Executive Director Phumzile Mlambo-Ngcuka calls on all media outlets (Pravda.Ru is media partner with UN Women) to make a difference and galvanize society to make this November 25, twenty years after the Beijing Platform for Action, a special day.

In 2014, we only have to take one look at the world around us to see that we have serious issues to solve, and realize that any herd of antelopes, any pride of lions, any school of whales has developed better mechanisms to live in peace and at one with Nature than any human society. Fascist massacres in Ukraine, where Russian speakers are demonized and hunted and threatened with terror by their "President", Poroshenko, a shocking outbreak of Ebola Virus Disease in West Africa which one year on is showing signs of peaking, the entire British public being urged to form a society under the motto "Run, Hide, and Tell", more threatened with terrorism than ever before.

But the fact remains there is a far greater threat, a far more pressing cause, and a far more urgent issue: that of gender inequality, in which just based on their sex, half of the world's population lives in severe and constant risk of discrimination. Being born a woman means you are more likely to be excluded from education and healthcare programs, far more likely to have to end schooling after primary (basic) education, far more likely to be a victim of sexual violence, psychological violence, exclusion, marginalization, slavery, sexual exploitation.

This is not a question of political and military priorities or geo-political games run by the lobbies (banking, Pharma, food, weapons and energy). This is a basic tenet of civilization and one that describes us all for the generations to come.

The statistics are as horrifying as they are incredible, but they are unfortunately true. In the USA, 17.6% of women have undergone some form of rape. 21.6% were younger than age 12 when they were first raped, and 32.4% were between the ages of 12 and 17. Many of these were performed by someone known to the victim. In the USA, half the domestic violence incidents are reported to the authorities and only 37% of rapes, while someone is sexually assaulted in this country every two minutes.

Despite the horrific personal costs of a rape or sexual assault, only around 5% of the perpetrators actually spend some time in prison. At the same time, some 55,000 women and children are trafficked annually in the United States of America.

However, the USA is not alone in these statistics - it is just one example among many. 60 million girls disappear each year, many from Asian countries, as a result of sexual crimes and one third of women, worldwide, experience some form of violence. A further 4 million women and girls are trafficked annually, while one million girls enter the sex trade.

90 million African women have been the victims of Female Genital Mutilation while in some parts of Africa, between 17 to 22 per cent of girls aged 15 to 19 are HIV positive.

Nicole Kidman: One in three

One in three - that is not a just a horrifying statistic. It means at every moment of every day, there is a woman who is suffering a brutal beating in her home, or a devastating sexual assault. It means that somewhere, a girl will lose her childhood when she is forced to marry before she turns eighteen. A young girl is in excruciating pain as her genitals are mutilated, right this minute, leaving her with a lifetime of physical and mental scars. It can be your friend, your neighbour next door, your co-worker. It can be your family member. Who is next?

One in three. As a mother of three daughters the thought is simply unbearable. It is chilling to realize how dangerous the most ordinary places can be for us women and girls. We could be beaten or raped, while simply taking a stroll in the park or on our way to visit a friend; harassed at school, or while browsing the internet. The threat is always there and most often, violence against women and girls occurs where we should be safest - at school, in our homes, with our partners.

One in three. It's an outrage. I am also the mother of a son. I cannot and will not accept that he should have to live in a world with a distorted notion of masculinity. As long as our boys learn that manliness is equated with dominance and violence is acceptable, we are a long way from the foundation of mutual respect and equality that must inform any relationship between girls and boys, women and men. At the heart of this pandemic of violence against women is the deep rooted inequality between the sexes. We need to rethink and reshape what it means to be a boy or a girl, a man or a woman.

*Timothy Bancroft-Hinchey has worked as a correspondent, journalist, deputy editor, editor, chief editor, director, project manager, executive director, partner and owner of printed and online daily, weekly, monthly and yearly publications and media groups printed and distributed in Angola, Brazil, Cape Verde, East Timor, Guinea-Bissau, Portugal, Mozambique and São Tomé and Principe Isles; the Russian Foreign Ministry publication Dialog and the Cuban Foreign Ministry Official Publications. He has spent the last two decades in humanitarian projects, connecting communities, working to document and catalog disappearing languages, cultures, traditions, working to network with the LGBT communities helping to set up shelters for abused or frightened victims and working to foster the UN Women project to fight against gender violence and to strive for an end to sexism, racism and homophobia.