“History began when humans invented gods, and will end when humans become gods”.Harari
Congrats on your blog and texts. Please, see below and enclosed, ideas for reflection.


Economics and politics – indigestible mix
"When the State cannot please everyone, he will choose whoever he meets better."Anthony de Jasay, the State [1985]

During the discussions of the French and American Constitution, theme prevalent was the separation of religion and State – alias that was the recurring theme for 3 centuries when nobles and religious had unacceptable privileges by the emerging bourgeoisie: The privileged classes were tax exempt and a series of perks: right to realize certain taxes, Honorary privileges, prerogatives, monopoly of judicial court jobs and management positions of the army, Navy and the administration.
In early 1789, were elected to the French Parliament: 935 members, distributed as follows: Clergy (247); Nobility (188) and third estate (500). 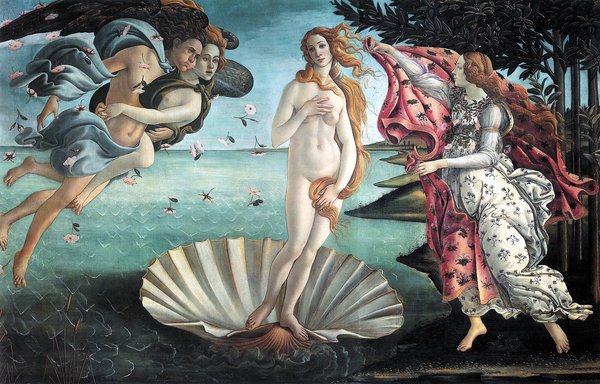 In this way, and on 17 June 1789 the third estate, claiming members represent most of the nation, proclaim themselves the National Assembly, with no voting by classes. Began the French Revolution (data taken from the texts of Brazilian researcher Ricardo Bergamini )
The first amendment of the American Constitution – 12/15/1791 – defines thatCongress cannot legislate on establishment of religion (establishment clause) orprohibiting the free exercise of religion (religious free exercise clause)
On the subject of State-religion separation formulators (founding fathers) of the American Constitution, I suggest reading the book of Alan e. Johnson, The First American Founder: “Roger Williams and Freedom of Conscience”

(Pittsburgh, PA: Philosophia Publications, 2015), 279-84, containing a consistent bibliography on this subject that dominated the discussion of the constituents.

These concepts have changed the course of mankind ever since-imagine what it would be like the world with assistance of the clergy and nobility in manages taxes.
After almost 3 centuries, humanity finds himself facing demands that we place on new fork: separation of politics from economics – or block access for politicians and bureaucrats to resources raised by taxes. Utopia or dream? Imagine the difficulties to separate politics from religion for nearly three centuries and the impact of it in the course of humanity.
This indigestible mixture is that led the world wars, conflicts, corruption, poverty and inequality, politics for a few and not for the people, or even: power emanates from a few to benefit only the rich. This indigestible mixture enables also the crony economy, where be king´s friend is more important than competence, alias, Adam Smith wrote his master work: "Wealth of Nations" in order to mitigate the effects of particular mercantilism, crony economy of that time. If written today, the American Constitution rather than start with "We the people" should start with "We the rich"

For your reflection, let's focus on the basics:
• Economics is a science in that all agents are regulated by the inexorable, impersonal and uncontrollable laws of supply and demand, where there is no market manipulation;

• Policy is an art in which the protagonists decide to as questionable, circumstantial and personalist human will.
Are separate universes, following different rules. Growing market regulation was necessary because opportunities are not offered to all, for nutrition, health and education – these 3 sectors with the current rules do not walk alone, Government needs to pump resources to keep them operating.
Human intervention in the economic process proved to be ineffective, it all started with British economist John Maynard Keynes in 1936 with his general theory, consolidated in the Bretton Woods meeting in 1944. With a creative plumbing system, operated by the Government, credit, investments, savings, currency exchange and other variables, Keynes built a proposal of human interventions in the economic process – so creative how ineffective – your practical result over time was a combination of stagnation with inflation – an insult to human intelligence. Lacked basic concept: development only happens with addition of human productive work, only this generates capital which is nothing but accumulated labour – both source: labour and capital is the same. It turns out that the current system allows harvest without planting – it is an impossibility without support. More Mises/Hayek less Keynes's sure-fire recipe for stability and progress.
The history of mankind is the class conflict seeking to manage taxes collected from people
It is useless to attempt to put in opposite camps and conflicting fields work and capital, this is cumulative work, so with complementary interests.

The real and irreconcilable conflict is between the production process (workers and employers) and bureaucrats/politicians – or producers of wealth and predators of the wealth generated, that will only be overcome by the separation between Government and economy.

Strengthen aggregate demand through taxes and fees, only transfers resources under the invariant law of market for questionable field of human will. It creates more jobs in government bureaucracy, subtracting those of private initiative, or creates a large parasitic system, fully supported with our taxes. Something like:"everything for the people, but without the people" or enlightened despotism.

Those who advocate maintenance of companies under Government control are not right or left, are ideologues of the delay.

Political decision in matters of economy are invariably wrong, not that it's slightly wrong, are wrong in their foundations, they bring profound impacts on the lives of people, politicians imagine to be possible to manage prices as if this was an arbitrary number subject to manipulation by the Government without consequences in economic life, definition of minimum wage is an undisputed example of this impossibility – well-meaning politicians want people to win more but the disastrous consequence of this is the loss of jobs for those without qualification, exactly those who need it most.
I suggest reading the excellent text of professor of Economics at George Mason University- Donald J. Boudreaux " Sometimes, there is no good option " - Posted on 19 November 2015

We have to bend the truth inexorable: economy obeys laws that cannot be manipulated and even managed. This is why huge generating frustration in dictatorial regimes, and populists of all order elect proposing miracles unreachable. Trial and frustration. Recognize that an important step in the search for solutions: economy doesn't obey human will. Dictatorships or regimes of force can only be defended by those who would like to be on the side of the harness cable; If you're on the other side, defend democracy with all conviction. We are seeing currently, perplexed and helpless, the political world in fraud, abuse, negligence or crimes against the economy with profound impact on the life of innocent victims.
Experts and intellectuals often and unfairly pointing the finger to businessmen as those responsible for poverty, frustrations and disappointments of the current human condition. Nothing more unfair and far from the truth. Men of business operating in the free market make money by satisfying the needs of others never themselves, totally distinct from politicians and bureaucrats who don't look down, in certain cases, partnership with fraud, cheating and corruption. A CEO or company Executive is appointed by the merits and outcome rather than promises and lies of politicians. Anyway, nothing more worthy and moral than maintaining a standard of living through votes of consumers who, in the last analysis, are crucial in the maintenance of companies operating in the free market – every penny spent in a supermarket are votes and stimuli to plan data production and distribution of goods and services. Business men bring progress and jobs, unlike politicians who chokes, with taxes and paralyze progress. Investor should be received with red carpet, something very important for generating jobs. The business leadership, integrity and discipline covers quality of character to see and meet the needs of the community.

Great short sightedness that still dominates the mind dull certain intellectuals is to imagine that economics have nationality – search investment make money anywhere that this is allowed. Imagine nationality to economy is similar to assume that the law of gravity only applies to certain countries!
Only and only in free market democracy exercise, with government interference, System converges to autocracy, where lucky enough to run depends on the virtue of rulers.
Consensus and not coercion is the trademark of the free market, where consumers voluntarily can say yes or no to a supply or exchange of goods and services, with simple rules: not to steal, not to kill and not to cheat, unlike political world. Humility, honesty and freedom are the only ways to win in the competitive world of free market, ethics for human dignity and mutual prosperity.

I suggest reading the excellent text of Professor of ethics and business leadership at the CITADEL - Richard M. Ebeling of 10/27/2016 – "Entrepreneurship, Market Economy and Human Improvements"

Let's see how we can separate politics from economics.
Human work is a process of transformation of energy: so you can manifest the human energy: nutrition, health and education must be provided in advance and no payment of work performed. As the vehicle needs fuel and maintenance for travel.

These 3 sectors constitute legitimate Government interference in the economy: Governments around the world, whether Socialists or Capitalists, need to subsidize in some way on Agriculture (nutrition), health and education, in other words, are these sectors equal opportunities in any society. A new social Pact where these 3 sectors become productive process private responsibilities, purchased at the free market prices and Government reduces taxation. With this we have the desired separation between economics and politics, from then on, laisser fare, laissez passer-free market acting broad, comprehensive and free – full productive employment is the guarantor of this Social Pact.

In 1758, Francois Quesnay, one of the leaders of the physiocrats, combining their knowledge of agriculture and medicine presented to King Louis XV their economic table showing the interdependence and flow of goods and money through various sectors of the economy: farmers, landowners, industrialists and merchants. His advice to the King of France: there's no need for the Government to regulate prices of goods and services, competition can only regulate price with justice. Nothing more than follow this sage advice of Quesnay. - Let human being free to make their own decisions.

Private initiative is not only more competent to produce automobiles or tvs devices, but also for the production of health and education. It's a political myopia leave this in the hands of the Government, because the importance of these sectors, the private sector must be the engine for production of these essential services – just whoever happens to pay this account is the private productive sector, directly to the hospital and school. Some countries are still teaching young people, school content of centuries past. With private sector acting, students and families should have complete freedom of choice of profession, adding a vital connection-manager will only invest in the training of professionals who are interested in the production process.