The UNO and priorities for 2016

UN Secretary-General Ban Ki-moon last week outlined the United Nations Organization's priorities for the year 2016, calling it a heavy responsibility in the final year of his mandate, highlighting sustainable development, gender equality, climate change, drugs, youth, terrorism, conflict and refugees as important issues to address. But what about international law? 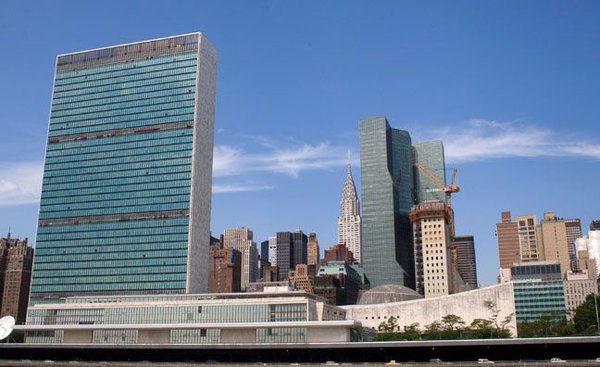 The reason why he stood back like a voyeur making emasculated noises from the sidelines is because institutionally, he has no clout, no authority and no means to impose the terms of international law enshrined in the UN Charter and in UN Covenants and agreements, which govern the cases outlined above.

It is illegal for a state to involve itself in the internal affairs of another sovereign state, yet the West in general and NATO in particular insisted in carving out the heart of Serbia and calling the emerging Albanian Mafia haven a State; western interference in Iraq caused the abject chaos we see there today way past a decade later; western troops were seen and heard among the Georgian hordes in their murderous incursion into South Ossetia and planned invasion of Abkhazia, until Russia re-established international law and the right of the populations of those territories to vote on their status as per the conditions of the Constitution of the Soviet Union and the terms of any voluntary process of dissolution, something Georgia had denied.

There was no reason whatsoever for the west to involve itself in Libya apart from the obvious reasons that they wanted to destroy Gaddafi's plans for the African Union, and wished to steal Libya's sovereign fund, cheap oil and gold reserves. The UNO did nothing. And in Syria, before Russia launched its anti-terrorist operation, the authorities representing the legitimate government of the country were being pressed back by marauding groups of Salafist terrorists, most of whom were armed, aided and abetted by the west. The UNO did nothing.

Russia does more for international law than UN

True, the United Nations Organization contains some excellent branches and agencies such as UNESCO, such as UN Women, such as António Guterres' UNHCR, all of which perform life-saving actions with limited budgets and which are fulfilling their brief in full. But what about law enforcement agencies?

The International Criminal Court at The Hague is, as everyone knows, a kangaroo court set up to whitewash NATO's war crimes, by not bringing a single member of NATO to trial and for serving as a sort of Nuremberg war crimes court for enemies of the west, or the victims of the cutting edge of the lobbies, which is NATO, as it panders to the whims of the Banking, Energy, Finance, Food, Pharmaceutical and Weapons lobbies.

Until this fundamental hole in the UNO's armor is fixed, the Organization will be no more than a humanitarian shield, which although praiseworthy, does not answer the needs of today's international community nor does it match the job specifications of the UNO itself. The UN Charter was signed to draw up universal values based upon international law and the idea was not that it should be flouted whenever the USA or its European lapdogs so wished; the idea was to police and implement its terms to the letter, which means consequences for those who breach its terms.

Quite how this is done and the mechanisms for this effect are another question and another debate but until firm action is taken, we will continue to go around in cosmetic circles, discuss whether gender equality should be achieved through quotas, talk about empowering women and having as many girls in school as boys then see entire societies collapse, human rights swept off the table, more waves of refugees, more women raped and slaughtered, more schools bombed just because someone once again has found a weak State with cheap oil and has decided to arm a separatist group or else to invade it.

And so the story is repeated. The status quo, and keeping it, simply does not work, does it?