The Americans believe that they are fully capable of leading the world by means of force. Many experts say that the West needs to take into account Russia's opinions and capabilities, but the Pentagon is openly preparing for a nuclear war. 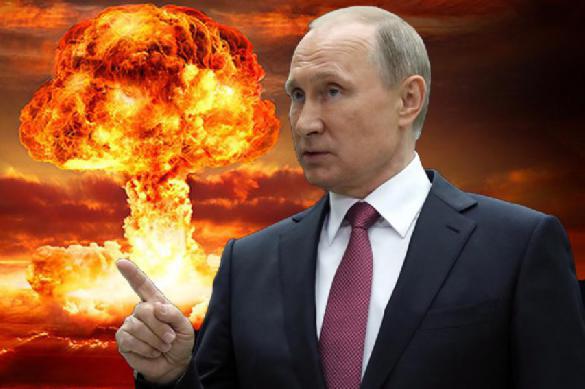 The Ministry for Foreign Affairs of the Russian Federation has repeatedly drawn attention to the fact that relations between Moscow and Washington serve as the main factor that guarantees  security and stability in the modern world. Taking into account the current crisis in the military sphere, the US Department of Defense published the report titled "Russian Strategic Intentions." The report was prepared by analysts from leading think tanks and military schools of the USA.

The document contains multidimensional strategic assessments of Kremlin's intentions and activities to develop and strengthen Russia's positions in the world. The general conclusion is as follows: there will be no armed conflicts between the two superpowers. Nevertheless, it cannot be excluded that economic competition, campaigns to strengthen influence, regional military clashes, cybernetic attacks and political wars may still occur.

The Pentagon is primarily concerned about the defense potential of the United States. The department developed real plans to crush aggressor with retaliatory nuclear strikes. The main aggressor for the USA is Russia, of course, whose leaders, as US official suppose, may push the red button to launch nuclear-capable missiles towards the United States.

On July 2, General David Goldfein, US Air Force Chief of Staff, stated that Russia would  experience the power of USA's retaliatory strike in the event a nuclear war could spark. According to him, the United States and NATO would respond by launching an immediate large-scale nuclear counterattack with the participation of Air Force, space systems, command and control systems, reconnaissance, communications, surveillance and intelligence complexes, as well as units of cyber forces and special operations forces.

Goldfein stressed that the United States and NATO would have enough time to destroy enemy missiles with the help of F-35 multi-purpose fighter-bombers and F-22 fighters, which the USA considers to be the finest air combat weapon. B-2 bombers and their modifications will be used to drop B61-12 thermonuclear bombs of air defense systems.