In light of the intention of the United States of America to pull out from the INF Treaty, military experts wonder which weapons world's leading countries have. 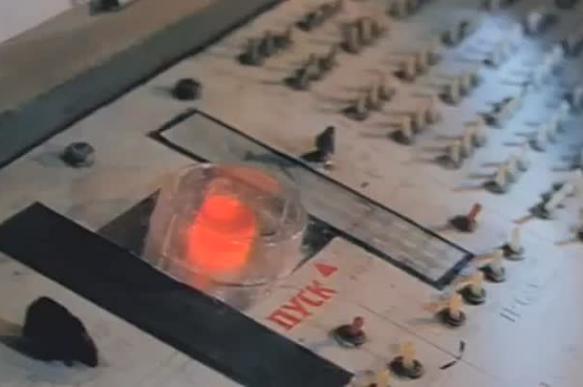 Russia's military doctrine provides only for a retaliatory, rather than a preventive strike. Still, does Russia have a technology for an efficient retaliatory strike?

The deployment of weapons in space seems to be the most efficient option. However, US politicians earlier announced that that they were not happy with international agreements on peaceful and neutral space.

As for space weapons, scientific and military lines cross on several aspects. For example, they can be satellites armed with electromagnetic weapons, which would destroy all electronic communications and equipment of the enemy with one strike in the event of war.

According to experts, Russia, the USA, India, China and Japan are capable of deploying such weapons in near-Earth space. One can also arm satellites with laser weapons that would destroy enemy missiles.

For the time being, however, the only space weapon that can be used in practice is manoeuvrable observational satellites that are being actively tested by Russia, China and the US.

Hypersonic missiles also represent an efficient technology. Hypersonic speed makes it extremely difficult for air defence systems to intercept such a missile. Russia and the USA have been developing hypersonic missiles during the recent years. The Americans are to unveil their results in around 2020. Russia has been testing the Zircon hypersonic missile since 2016. India and China conduct their own research in the field as well.

Another area of ​​promising developments is military UAVs. Outfitting UAVs with artificial intelligence makes these aircraft a lot more efficient. This seems to be part of dark fiction in the spiring of the "uprising of machines," but world leaders have been paying a lot of attention to the artificial intelligence technology during the recent years.

Nuclear weapons constitute the last option that one can resort to. Konstantin Sivkov, Doctor of Military Sciences, believes that Russia may build super-heavy nuclear missiles, the power of which will be equivalent to 100 megatons of TNT.

As for short-range and medium-range missiles, a report from the Pentagon prepared in 2013 about the aftermath of America's exit from the INF Treaty specifies what types of weapons Washington will be able to develop further.

Briefly, Washington eyes four types of weapons. First of all, the Americans want to increase the range of their existing missiles, build state-of-the-art ground-based cruise missiles, upgrade forward-based intermediate-range ballistic missiles and, finally, create intermediate-range advanced ground-based missiles with warheads of variable trajectory (Trajectory Shaping Vehicle, TSV). This is something like a gliding winged, albeit not a hypersonic unit, the concept of which is close to the quasi-ballistic Russian Iskander missiles capable of flying into space and then descending to the target along a non-Newtonian trajectory.

Soon after the publication of the above-mentioned report, namely in 2014, the USA started accusing Russia of violating the INF Treaty. John Bolton, who has recently visited Moscow and had a meeting with President Putin, made an announcement about Washington's final intention to exit the INF, because this is such a prospective and attractive area of military technologies. It is worth mentioning that the Caribbean crisis, when mankind was standing on the brink of a nuclear war, became possible largely due to the demonstration of short and medium-range missiles.