Russia and the United States have announced their pull out from the Treaty on Intermediate-Range and Shorter-Range Missiles (INF Treaty). It is believed that the treaty is going to end its existence in six months. US President Donald Trump said that the USA would prepare a response to Russia's alleged violation of the INF Treaty not to give Moscow military advantage over Washington. 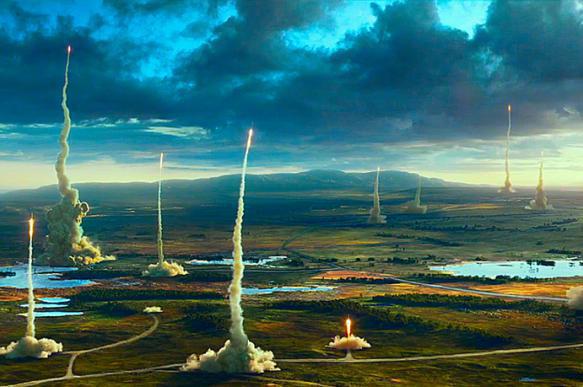 Trump's statements about the INF Treaty did not take Russia by surprise. Representatives of the Russian administration said that the announcement from Washington was an attempt to present cheap ultimatum to Russia, but Moscow was prepared for such a development.

According to Sergei Ryabkov, Deputy Foreign Minister of the Russian Federation, the Americans were determined to cast the INF Treaty aside. "For the USA, this game is over. Their pullout from  the treaty will enable the United States to deploy 48 missiles in Europe, and those missiles will be capable of reaching the territory of Russia.

Washington accuses Russia of violating the INF Treaty because of the missile known as 9M729. Washington claims that the range of this missile falls within the limits of the 500-5500 kilometres, which is prohibited by the treaty. On January 23, the Russian Defense Ministry arranged a special presentation of the missile to NATO military officials, but the latter showed a reluctant reaction to it.

According toVladimir Dzhabarov, first deputy chairman of the Committee for International Affairs of the Council of  Federation, Washington's withdrawal from the Treaty on Short and Medium-Range Missiles will give free rein to Russia, and Moscow will be able to show adequate reaction to the States.

According to Dzhabarov, the United States has already withdrawn from the INF Treaty, and Russia needs to take adequate measures, as the Americans have been developing and introducing prohibited weapons for long already. The ball is in Russia's court.

Steffen Seibert, a spokesman for the Cabinet of Ministers o Germany, said that Germany would discuss with its NATO partners whether any measures were needed to ensure security of the allies and their ability to defend themselves.

"We need to try to conduct a direct dialogue with Russia, as we do on many other issues, for example, on the situation in Ukraine, the Paris climate agreement, the crisis in Syria. Therefore, we need to find ways to work on non-proliferation issues. The best way is the multilateral framework, and the EU needs to try to play a big role here," Belgian Foreign Minister Didier Reynders said. "The withdrawal from the treaty is not the best solution. We would prefer the resumption of the dialogue," he added.

According to Russian military expert Konstantin Sivkov, "Russia needs to create ultra-long-range missiles based on the X-101/X-102 missile and deploy about 400-500 of them. These missiles will be inexpensive, they are relatively small in size. The Americans do not have the air defence system, which would be capable of neutralising those missiles."

According to him, Washington expects Russia to build medium-range missiles. However, Russia, as Mr. Sivkov believes, should eye the development of ultra-long-range missiles to create an adequate threat to the United States. According to the expert, the range of these missiles will reach about 10-12 thousand kilometres.

Another option is the creation of mobile medium-range ballistic missiles based on the Soviet "Pioneer" missile. The upgraded version of the Pioneer-UTTH was capable of carrying three independently-targetable nuclear re-entry vehicles at a range from 600 to 5,000 km, with the probable circular error reaching 450 meters. That was a very good result for those years. Modern technologies can considerably improve the performance of the missile.

Thirdly, Russia could develop an anti-ship medium-range ballistic missile similar to the Chinese DF-21D, designed to destroy enemy carrier strike groups at distances of up to 1500-2000 kilometres. Such a weapon can help Russia level out the enormous advantage of the US surface fleet in a possible scenario of defense of the Russian coastline.