USA's obsession to punish Russia for 'another 9/11' to trigger WWIII?

The USA has been obsessed with the idea to punish Russia lately. Targeted actions to retaliate for the "new Pearl Harbor" or the "new 9/11" may get out of control one day, and the world will fall into chaos of another war. 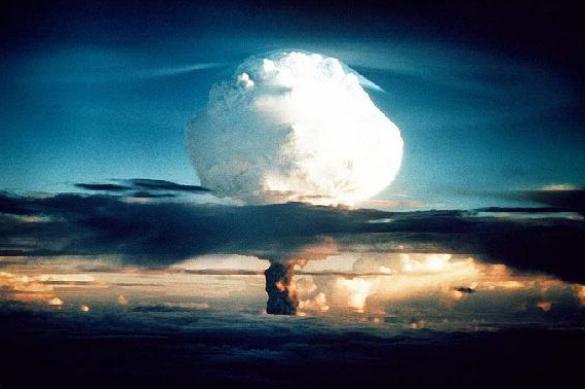 Russia declares war on the USA: Rhetoric or countermeasures?

After the publication of the report from Democratic senators about "Russia's attacks on democracy," and after the indictment of 13 Russian citizens, who had allegedly created an army of bots to interfere in US elections, American officials say that Russia's actions against the USA appear to be an act of war, the aggression of which is comparable to Pearl Harbour and 9/11 attacks.

This is stated explicitly in the above-mentioned documents, as well as in public statements from Hillary Clinton at the presentation of her book, journalist Thomas Friedman, Republican and Democratic senators at congressional meetings and on television. If all of the things that US policy-makers and public figures say are true, why doesn't America respond accordingly? After Pearl Harbour, the USA dropped two nuclear bombs on Nagasaki and Hiroshima; after 9/11, the Americans launched the Arab Spring.

If it's just the rhetoric, then it clearly comes contrary to the actual state of affairs. Indeed, as Russian President Putin once said, the United States is not a banana republic, and "Putin's 13" are unlikely to be a formidable destructive force. The most important question is as follows: what if US actions come in line with the rhetoric, and the world will plunge into chaos of another global war? Third time's a charm?

Bellicose statements from US officials come as part of the "game of all-in against Trump," chief researcher at the Institute of the USA and Canada, Vladimir Vasiliev, told Pravda.Ru. Donald Trump's opponents want to stoke the investigation of his cooperation with Russia to obtain leverage on him and solve the issue of further financing for the Muller commission that has failed to find any serious evidence against Trump. The existence of "Putin's 13 friends", on the contrary, means that Trump is not involved in all that, the expert told Pravda.Ru.

In addition, Donald Trump's opponents believe that this is the last opportunity to push him to impose new sanctions against Russia. "If we look at Pearl Harbour in a historical perspective, the Americans struck a nuclear blow on Japan after the Japanese bombed their fleet. Therefore, the Americans believe that as long as Russia intervened in the US elections, the US should intervene in the Russian elections too," the expert said in an interview with Pravda.Ru.

According to Vladimir Vasilyev, the Trump administration is to make additional steps that will not let Putin come to power again. The Americans hope that new sanctions imposed on Russian oligarchs will trigger a palace coup. In this case, the Americans would be satisfied with their interference in the Russian elections.

Yet, Donald  Trump, in the opinion of Vladimir Vasilyev, "is sending a clear signal to the Kremlin that he is not going to interfere in the Russian elections."

We would like to hope that our expert is right, and the words about the "punishment" of Russia are nothing but words. Nevertheless, Russian military aircraft do not fly near US borders, and Russian destroyers do not travel in the waters of the Gulf of Mexico either. It is American warplanes and warships that persistently appear very close to Russian borders, particularly in the area of the Black Sea. Plus, Russia does not spend 867 billion dollars on defence. Russia does not have puppet rulers anywhere, but the USA has quite a few, and one of them is in Ukraine. When one recollects Saakashvili, who "misunderstood Obama" and attacked South Ossetia in 2008, one do not feel calm about Poroshenko's intentions. America's stakes on inadequate politicians, like in 1933 in Germany, cost the world a lot to say the least.