The idiocy is getting stronger: Russia offered to switch to martial law

The scandal surrounding the withdrawal of distribution licence from British satirical comedy film "The Death of Stalin" continues to arouse the Russian public. This is not the topic of the day in the country, of course, but the response it has received is impressive. Joseph Stalin's great-grandson said, for example, that British film was made by non-humans. "One shall not consider human those individuals, who ridicule someone else's death," Yakov Dzhugashvili said. 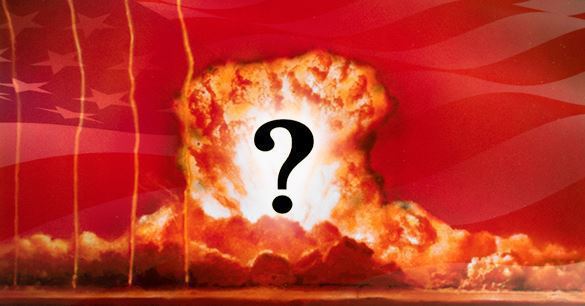 However, we would like to give the garland of victory to deputy head of the State Duma Committee on Culture, former Soviet actress Elena Drapeko.

In connection with the scandal around the British comedy film, she suggested establishing a council on morality in Russia. What is more, the former actress believes that Russia should start living according to wartime conditions.

In her opinion, the morality council should decide which films deserve to be screened in Russian cinemas and which ones will not have the privilege. "How to distinguish violence in a cartoon about a wolf and an hare from terrible violence like in this film, when they cut the leader's skull with a saw? It's possible only in an expert way. Therefore, we suggest revisiting the subject of the council for morality in Russia," the MP said. In her opinion, the establishment of such a council is justifiable under conditions of the information war.

"Today, when one provocation follows another, we need to think and restrict the possibility of disseminating information that harms the morality and security of our country," the 70-year-old MP believes.

We would not try to evaluate merits and demerits of the "Death of Stalin." The controversy around the film is not worth the candle as the British comedy is not intended for mass audience. In general, one can see another "Matilda" story gathering pace, albeit of a smaller scale.

Let us also pay attention to the appeal to "live according to wartime conditions." In the understanding of Natalia Drapeko, this implies restrictions imposed on the dissemination of information that is detrimental to the morality and security of our country.

This is not a new idea at all. A system like this is already working in one of Russia's neighbouring countries, where they ban books and films originating from the "aggressor state." They have repeatedly demonstrated the level of absurdity where such an initiative can take the society. Does Russia need to go there too?

Interestingly, Russian policy-makers, officials and businessmen have been thinking about war a lot recently. The head of one of Russia's major banks, VTB Bank, Andrei Kostin, stated at the World Economic Forum in Davos that any restrictive measures against Russian companies would be like a declaration of war. "There is not a single reason, for which the Russian ambassador will have to stay in Washington after this, or whether the American ambassador will be able to bathe in icy water in Moscow," he added [the official made a reference to Epiphany ice water dive, a religious ritual - ed.]. At the same time, such opinions are voiced in other countries too. In September 2017, for instance, US actor Morgan Freeman made headlines for his appearance in a video advertisement, in which he spoke about the danger of Russia's attack on the American democracy and all those Russian threats that the American democracy was facing.

Well, actors are creative people, but we would like to hope that this is not the inspiration that others will take from them.