Is America still a democracy? 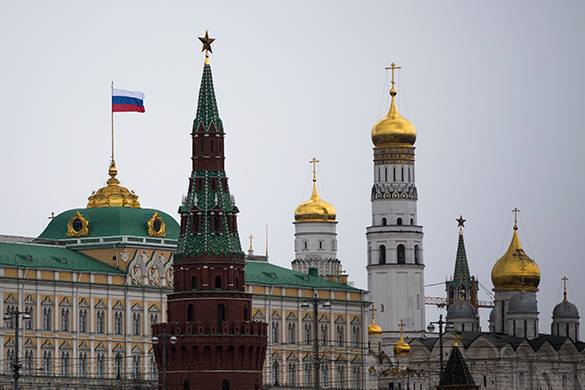 Some think it is not.  According to the influential magazine Foreign Affairs "The election of Donald Trump as President of the United States - a man who has praised dictators, encouraged violence among supporters, threatened to jail his rival, and labeled the mainstream media as 'the enemy'-has raised fears that the United States may be heading toward authoritarianism."

The authors of this quote most likely belong to the Clinton camp. But there is also a large bipartisan group which claims that while America under George W. Bush and Barack Obama (with the invaluable help of Hillary Clinton) have been promoting democracy around the world the Russians somehow successfully "hijacked American democracy."

I for one believe that America is still a democracy. It's not necessarily perfect, as nothing is perfect in this world, but only if the system allows a legitimately elected president to implement the agenda on which he campaigned.

The President's detractors, including those who belong to so-called establishment and the mainstream media, are desperately trying to do just the opposite. If they succeed it would be a tremendous blow not only to American democracy but to mankind, as it would mean a continuation of America's disastrous foreign policy for the past 25 years.

The success of this democracy promotion campaign can be judged from what is going in the Middle East and Afghanistan with millions of dead and wounded, including thousands of Americans, an endless stream of refuges, misery and destruction in the countries on the receiving end of "democracy," plus trillions spent to accomplish this "noble" goal.

By the way, for the recent Manchester atrocity the Brits can thank Obama and Hillary who violently eliminated the, yes, dictatorial but stable regime of Muammar Gaddafi in one of the most prosperous African countries as part of the same democracy promotion crusade.

As for hijacking democracy in America, the Russians never hid the fact that they preferred Trump to Hillary. Close to 63 million Americans shared the same feelings. Quite possibly the Russians did try increase the chances of someone they felt less likely to start a war with them. But all unbiased observers agree that in no way did they change the final election results.

What exactly the Russians may have done we don't know and probably will never reliably find out, no matter how many investigative committees and special counsels we appoint.

The present reality in cyberspace is such that there simply is no way to assign a source for a hack of the kind the Russians are accused of launching against the DNC. The purported references to Russian IP addresses, the use of Russian language in code, the claim that some of the malware found on DNC computers is believed to be the same as that used by two hacking groups believed to be Russian intelligence units - this is all laughable. As cyber-security expert John McAfee has said, "if it looks like the Russians did it, then I can guarantee you it was not the Russians.  . . . If I was the Chinese and I wanted to make it look like the Russians did it, I would use Russian language within the code, I would use Russian techniques of breaking into the organization."

Thanks to WikiLeaks we now know that there is a CIA program allowing it to break into computers and servers and make it look like others did it by leaving telltale signs like Cyrillic markings, for example.

There is another, more likely possibility that the DNC material was leaked, as two dozen former US intelligence professionals have attested. Former British Ambassador Craig Murray has said publicly he has first-hand information on the provenance of the leaks and met personally with the leaker. Why don't the media or investigators seem to care?

More to the point, what about the content of the leaked materials, namely the collusion of the DNC and the Clinton campaign to steal the nomination from Bernie Sanders? In the USSR they used to call this "democratic centralism": the party will decide the candidates and policies centrally, and then the people will democratically accept them. Let's suppose the Russians really did hack the DNC and released true information about what happened. Who's "hijacking" democracy, the Russians or the dirty birds at the DNC and Hillary's headquarters?

Meanwhile, there is no active investigation, much less a Special Prosecutor, to look into an area where we know multiple crimes have been committed: the leaking of classified information to further a political vendetta against Donald Trump and his administration to undermine and perhaps remove a constitutionally elected government. If it succeeds, this would be the ultimate democracy hijacking.

Finally, and this may shock you: lots of countries, including United States, meddle into other countries' elections. Sometimes these activities go way beyond anything the Russians have been accused of doing last year.

Therefore, the answer to the article headline depends to the large degree on how the post-election drama will unfold, which at this time is unpredictable.