The Russian Foreign Ministry accused the United States of the covert transfer of money assets to opposition groups in Russia to destabilize the political situation in the country. 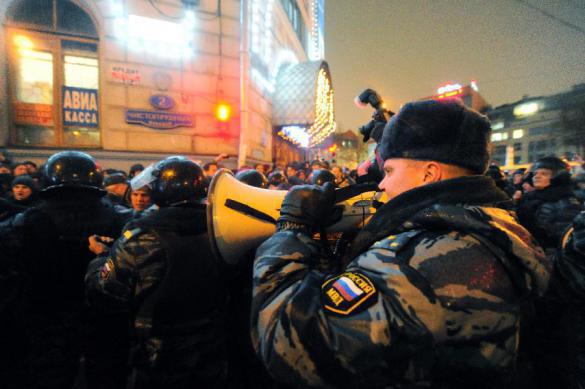 The announcement from representatives of the foreign ministry came in response to the recent article published on BuzzFeed. The article disclosed confidential information about transactions of Russian diplomatic institutions in the United States. In particular, the article said that the authorities of the United States were studying "suspicious money transfers" of the Russian embassy in Washington.

Representatives of the Russian Ministry for Foreign Affairs stressed that such information was "deliberately falsified and maliciously interpreted for the next round of accusations connected with Russia's alleged interference in US elections. It goes about conventional salary transfers, which "they try to make look like conspiracies."

Interestingly, the Americans are trying to attribute the logic of their actions to the Russians. It is an open secret that a variety of foundations are used to finance opposition.

At the time of Maidan riots in Ukraine, the US-based National Endowment for Democracy - the organization that takes pride in its participation in color revolutions all over the world - were providing financial support to opposition openly.

The US State Department was closely following the development of the situation with Alexei Navalny, in whom Washington has certain interests. Russian Foreign Ministry spokeswoman Maria Zakharova, commenting on the situation, said that this was an act of direct interference in Russia's internal affairs.

Zakharova also expressed surprise at the words from State Department spokesperson Clay Noel, who said that the Russian government was taking harsh measures in relation to journalists in Russia.

State Department spokesman Noel earlier said that he was concerned about the use of strict measures in relation to independent voices in Russia - from journalists to civil society activists and opposition politicians.

There are dozens of cases to exemplify USA's financial support for Russian oppositionists, and no one can exclude possible provocations on the eve of the 2018 elections. The Russian Guards have studied the events of 2014 Maidan riots in Ukraine and are ready to prevent any destructive actions at the very start.