Trump, as a person of business, is not interested in sanctions against Russia. The Russian economy is no competition to the American economy, which can not be said about the Chinese economy. Trump is launching a trade war with Xi Jinping, and the US is about to introduce sanctions against China in the near future. What conclusions should Russia make from this? 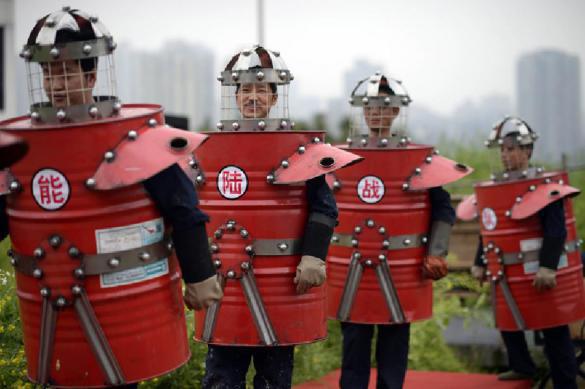 The completely thoughtless "Kremlin List" from the US Treasury says that this is either an act of trolling or a complete lack of understanding of consequences. One of them is the strengthening of unity of the Russian society on the eve of presidential elections. Vladimir Putin said after the publication of the infamous document that Washington's sanctions against Russian business would be aimed "against all 147 million Russians."

Another plus of the "list" is about further rules for the Russian capital to stay in the West. It is not ruled out that business sanctions against Russia would reduce the capital outflow from Russia. In a nutshell, Moscow is used to confronting the West, while Being will have to show patience and endurance.

Trump has made it clear to Xi Jinping that China was his key strategic adversary. Speaking on Tuesday with a message to a Joint Session of Congress, the US president placed China on the first place among the rivals who challenge American interests, economy and values.

In the report about the new US National Security Strategy, China was designated as a strategic competitor that seeks to undermine US security and prosperity by using economic incentives to persuade other states to listen to its political directions.

In last year's report to Congress about China's observance of WTO rules, Beijing was accused of large-scale embezzlement of intellectual property of the United States, as well as of cyber espionage that entailed hundreds of billions of dollars of losses.

Trump is not bluffing

All these accusations suggest the imminent imposition of sanctions against China. In August of 2017, the United States initiated an internal investigation under article 301 of the Trade Law into the protection of intellectual property rights, innovation and technology.

Another investigation under article 232 of the same law is under way into the threat to national security "though unfair imports of steel." This also affects China - the world's largest producer and exporter of steel.

In accordance with the same law, Trump introduced import duties on Chinese washing machines and solar batteries in the middle of January. This unimportant, as it may seem, move opens the way for strengthening confrontation between largest interdependent economies of the world, the South China Morning Post wrote.

Specialist of the Washington Center for Strategic and International Studies Scott Kennedy told the newspaper that the American leader was planning to take unilateral measures that would significantly affect the Sino-US trade and investment ties. According to the expert, the question is not if, but when.

In the opinion of Chinese analysts, in addition to duties and tariffs on Chinese imports, restrictions will be imposed on investments of Chinese firms in the US, exports of American technology to China and the issuance of visas to Chinese technical specialists.

How will China respond?

Beijing may, for instance, file a lawsuit against the United States for violating the rules of the World Trade Organisation (WTO), block imports of American products, postpone the already agreed trade deals and impose tariffs on certain exports from the States to China.

Beijing may also launch a patriotic campaign to boycott US products as it has done before with Japan and South Korea, or threaten to dump US Treasury bonds. China is the largest holder of the American debt, and the collapse of this market threatens to trigger the collapse the US financial system.

Trade wars between the US and China will cause damage to transnational companies. Many production chains will be broken, which will force business to look for new sustainable investment options. It is no incident that shares of Russian companies are in great demand now.

Many Asian countries believe that the region is inevitably moving towards Chinese supremacy. China's "One Belt, One Road" initiative already involves more than 65 countries with a total investment of $900 billion. America's power is declining.