The war of the worlds: North Korea-USA-China

The North Korean crisis is about to reach the point of no return. It appears, however, that it will be up to China to say the last word before it happens. 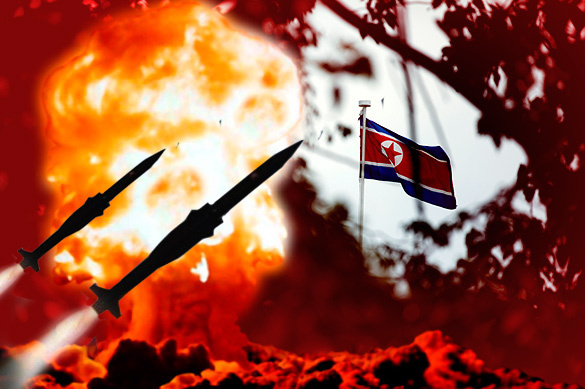 If we look at the chain of events of the North Korean crisis in chronological order, one should probably go back to August 8, when tensions between the US and the DPRK started to develop too rapidly.

On August 8, it was reported that an intercontinental ballistic missile of the DPRK can be equipped with a nuclear warhead. Angered by the UN sanctions, Pyongyang pledged to respond with "physical actions." The US president could not miss that and promised "fire and fury" to the DPRK.

Pyongyang then said that its Hwaseong-12 missiles could destroy a US army base on Guam. Trump understood that his warning seemed "not tough enough," and promised "things will happen to them [the DPRK] like they never thought possible."

More military news comes from the US again. "Military solutions are now fully in place, locked and loaded, should North Korea act unwisely. Hopefully Kim Jong Un will find another path!" the American president wrote on his Twitter on Friday. A couple of hours later, he retweeted a photo of B-1B bombers on Guam. Pentagon chief confirmed Washington's readiness for most decisive actions.

As we can see, the world is getting ready for another war. Australian officials said that they fully support actions of the United States. NATO is also ready to make a decision in USA's favor, but Germany called for restraint and warned against a nuclear war. Japan alerted the Patriot missile system to combat readiness. Pyongyang immediately responded with a threat to launch four medium-range Hwaseon-12 missiles on Guam through Japan.

The voice of another major regional player - China - seemed to have been lost in the battle of words. The position of China was subsequently described in an editorial for the Global Times: "It needs to make clear its stance to all sides and make them understand that when their actions jeopardize China's interests, China will respond with a firm hand," the article said.

At the same time, the Chinese leadership explained that China would remain neutral should the North Korean missiles threaten the USA. Yet, as soon as Washington and Seoul, wishing to overthrow the North Korean regime, aim their missiles at the DPRK, China will do everything to prevent this.

One does not need to read between the lines to understand it: China will take every effort to defend North Korea. The Chinese have done this in the past: in 1950-53, China took the side of North Korea against the Americans, who used the UN flag in he conflict.

Washington has embarked on another crusade against China. The US has opened investigation into China's violations of intellectual property rights. The announcement does not mean that the US is ready to impose sanctions on China. It certainly means, though, that the announced investigation will lead to an increase in duties on the import of Chinese goods to America and European countries.

Last night, a telephone conversation between Chinese President Xi Jinping and US President Donald Trump took place, in which the Chinese leader directly called on his American counterpart to avoid harsh words and actions against the DPRK and stated that China could respond to America's hostile actions against the DRPK.

Meanwhile, Congressman from Rhode Island Rep. David Cicilline urged Speaker Paul Ryan to call back the House from its August recess to debate legislation that would require congressional approval for a US pre-emptive strike.