USA will perish if China turns to European Union

The aggravation of the relationship between Russia and the United States that started unfolding during the presidency of Barack Obama has evolved into a real war during the arrival of Donald Trump. The United States has conducted a series of powerful attacks on Russia in the economic field. Political analyst and publicist Anatoly Wasserman shared his views about the real political goals of the Americans. 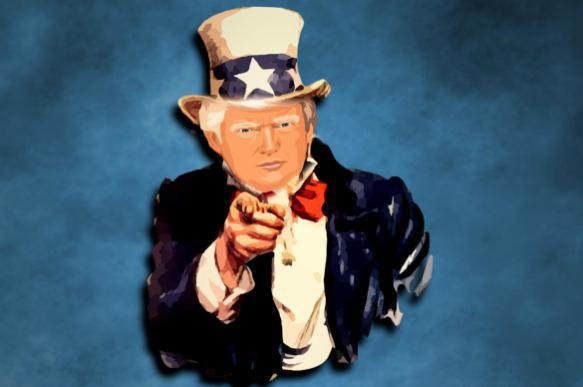 "I believe that all those American sanctions against Russia do not actually target Russia, even though it may sound strange. Let's assume that all the sanctions that were allegedly imposed on Russia under the pretexts of the Crimea and the Donbass, are primarily aimed against the European Union and the countries that cooperate with it closely.

"China tries to sell its goods in the European Union too. If the Chinese switch to working with European developers, if they, for example, demand a lower level of licensing fees, then the Americans will have to pay both for themselves and for that guy.

"Therefore, any restriction that the United States imposes on Russia is aimed against the European Union. This is either the struggle against the EU or an attempt to deprive the People's Republic of China of a Russian nuclear umbrella, or, finally, this could be an intra-American fight.

Trump was elected because he proclaimed the need to bring production to the United States. To accomplish this, he is ready to deteriorate relations with China and even create a system of protective duties. This, of course, will raise prices on many goods inside the USA, but this in turn will boost domestic production. Ultimately, this would be a highly profitable move for the Americans.

"However, the Americans who profit from the system that still lives today, are opposed to Trump, of course. The current wave of American diplomatic aggression is an anti-Trump tool. Therefore, no matter what Russia may do to try to persuade the Americans to improve relations with us, nothing will help. Russia is not their prime target. If so, we must respond accordingly. When the Americans finally calm down, they will realise that it's unprofitable to fight with Russia.

"Do you think that the Americans will ever calm down?"

"Sooner or later, someone will win, and I hope that it will be the Trump camp. The system of the global division of labor that has been built up over the past few decades has led to extremely unpleasant side effects. According to this system, each country requires narrow specialisation. Therefore, production capacities of most countries remain unclaimed. Originally, this system was created to increase labor productivity, and the productivity per worker did increase, but the productivity per one living person fell sharply. Therefore, the end of this system will increase general welfare.

"Even if they do not let Trump do anything, tensions inside the US will fall for a while, and the Americans will be willing to improve the relationship with Russia. We need to make them realise that it would be highly profitable for them to cooperate with Russia. Russia must thus show toughest response to every mean diplomatic move that comes from the USA."