US to lose after Russia-China rapprochement

Potential rapprochement of Moscow and Washington will not damage the Russia-China relations, which have a solid foundation, and attempts of the US President Donald Trump to make its own amendments in the strategic China-US-Russia triangle have no results, because Russia and America are quite different and would hardly build such a firm partnership, as Wang Haiyun for the Global Times wrote. 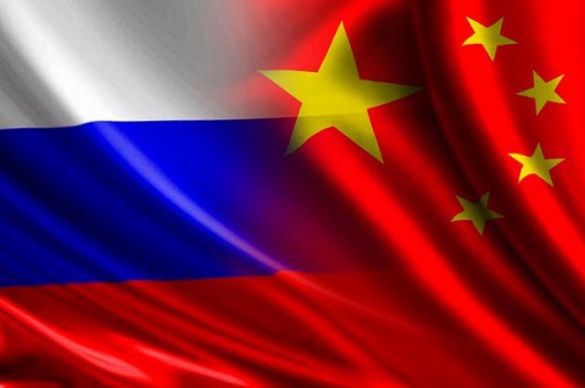 Andrey Ostrovskiy, deputy director of the Institute of Far Eastern Studies, member of the European Association of Chinese Studies, has commented Pravda.Ru on the issue.

Will the US be able to make Moscow and Beijing enemies?

It has happened in 1972, when the US and China signed the Shanghai Communiqué. Moscow and Beijing may be turned into enemies only in case the US agrees to recognize Taiwan as part of China. And now the US-China relations are far from being wonderful, although there is financial and economic cooperation. The foreign trade volume between the US and China makes up more than 600bln dollars. The volume of investment cooperation between the two countries is also quite big.

However, Trump insists on the Chinese investments not being let into the US or at least being limited in the US territory. That is first. Second, foreign policy. The US believes that China has reinforced too much in the Asia-Pacific region. In particular, the US deliberately escalates problem of the South China Sea islands.

Beside that, prospects of Trump himself are not clear. For how long will he manage to stay in office? Pressure inside the country is excessive and he often has to change his foreign policy - to maintain quite a tough stance on both Russia and China.

The US political scientist Zbigniew Brzezinski writes that the White House has to keep a close eye not to allow rapprochement between Beijing and Moscow. How dangerous is it for the US?

The danger is surely enormous. In such a case, the US will turn into a loser at once, both in the EU territory and in the Asia-Pacific region. Moreover, Russia and China have to attach two economic programs: the Silk Road to the Eurasian Economic Union. In addition to that, a treaty between Russia and China is in effect till 2020. of course, it's a partnership agreement as for now, not an alliance. But in case the US keeps escalating its stance on Russia and China, this treaty may turn into an alliance.