Generals of Turkey and Iran agreed on cooperation. The head of the General Staff of the Armed Forces of Iran, Mohammad Hossein Bagheri, when on an official visit to Turkey, signed an agreement with his Turkish counterpart, General Hulusi Akar, to expand military cooperation between the two countries. Turkey and Iran share different positions regarding Syrian President Bashar Assad, but their interests on Iraq coincide: neither Ankara nor Tehran want Iraqi Kurdistan to hold a referendum on independence. 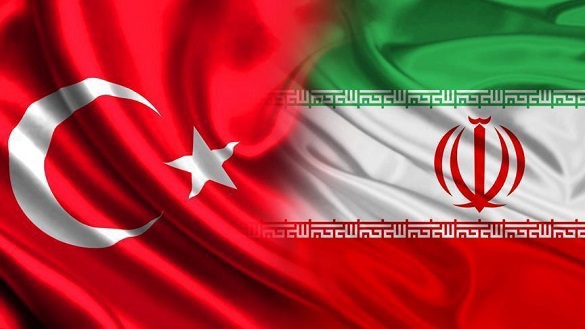 For centuries, Persia and the Ottoman Empire had been waging fierce wars for the right to conquer vast geopolitical space - from the Caucasus to Iraq. Iranian shahs and Turkish sultans wanted to control strategic and trade routes of Mesopotamia and Transcaucasia. In the 21st century, Ankara and Tehran decided not to fight with each other, but to peacefully agree on cooperation in the areas where their interests coincide.

On August 15, 2017, Chief of the General Staff of the Armed Forces of Iran, Brigadier General Mohammad Hossein Bagheri arrived on a three-day visit to Ankara. The visit was important because Iranian generals hardly ever paid official visits to Ankara during the last 25 years.

Details of the visit were coordinated on March 1, 2017 at a meeting between Presidents of Turkey and Iran, Recep Erdogan and Hassan Rouhani. They met in Islamabad on the sidelines of the 13th Economic Cooperation Organization (ECO) summit. Their tete-a-tete meeting at Serena Hotel, Erdogan lasted for about an hour. The meeting was held behind closed doors, but it was said that the presidents discussed possibilities to joint efforts of the two countries in political, military and energy spheres.

First and foremost, Iran, Turkey, as well as Russia, act as guarantors of armistice in Syria. The three countries created zones of de-escalation in Syria, whereas the Turkish and Iranian generals, during the talks in Ankara, created a "roadmap" for joint actions, and possibly, military operations in Syria.

At first glance, Turkey and Iran have different goals in Syria. Recep Erdogan has repeatedly announced the need to immediately remove the "bloody regime of Bashar Assad" from power. Iran has a completely different approach to the regime in Damascus. Iran, like Russia, views Assad as the legitimate president of Syria and strongly supports his army.

At the same time, Erdogan realised that it was possible to negotiate with Iran, namely - on the painful issue of Kurdish rebels in Syria. Ankara is still shocked by the dysfunctional, as Turkey believes, decision of Donald Trump to start deliveries of heavy weapons to Syrian Kurds. The US is no longer an ally for Erdogan on the Kurdish issue. The Turkish leader will have to have a complex conversation with the head of the Pentagon, James Mattis, who is going to visit Turkey soon.

Tehran and Ankara share similar interests when it comes to the Kurdish issue. Iran and Turkey are home to a large Kurdish community, which in the long term would like to create the Great Kurdistan with the help of territories of Iran, Turkey, Syria and Iraq. This is what Turkey and Iran can never tolerate.

In addition, the two countries are interested in cooperation in the extraction and transportation of oil and gas. One of the most important outcomes of the meeting between Presidents of Turkey and Iran in Islamabad was an agreement on Ankara's participation in the development of rich oil and gas fields in Iran.

On August 15, 2017, Russian, Turkish and Iranian companies signed a contract to jointly develop Iranian oil and gas fields. The cost of the contract is estimated at seven billion dollars. A consortium is being created for the development of four deposits in Iran, the daily production of which is 100,000 barrels. Experts estimate the reserves of those deposits at 10 billion barrels of oil and 75 billion cubic meters of gas.

The consortium also intends to start developing oil and gas fields in other regions of Iran. Experts note that the development and extraction of natural gas from Iranian fields may stock Turkey up with natural gas for more than 150 years, which calls into question future supplies of Russian gas to Turkey. It just so happens that Iran acts as a competitor of Gazprom on the Turkish market.

To crown it all, Turkey is determined to become a hub of oil and gas exports from the Caspian, Central Asia and the Middle East to European market. This is why Erdogan hopes to convince Iran to build a gas pipeline on its territory that will enable Turkmenistan, Uzbekistan and Kazakhstan to export their natural gas to Europe via Turkey bypassing Russia.

Turkish President Recep Erdogan is playing a complex geopolitical game. Turkey needs Iran to counter the threat of Kurdish separatism, and secondly, to gradually switch from Russia to Iran in terms of natural gas imports. It stands the reason that Moscow, most likely, will not agree with Erdogan's plans to gradually displace Gazprom from the European market.