Following the strange story with the use of the military airfield in Iran's Hamadan, it has become clear that Russia should not trust Iran. The events of the recent years can only reinforce the impression. Russia and Iran have different approaches not only to Syria - Iran shows influence on Russia's relations with the United States. 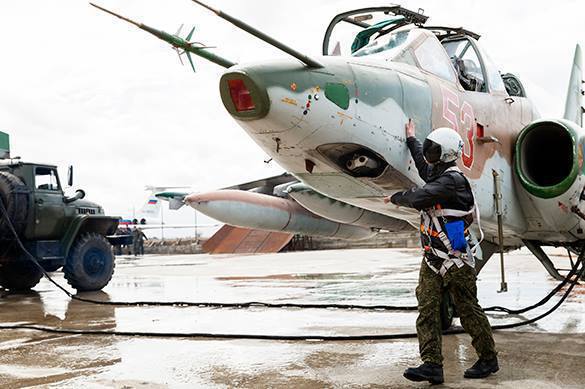 The talks between Russia, Turkey and Iran started in the Kazakh capital of Astana on January 23. The talks are of paramount importance for Russia, because they could become the first platform for establishing a dialogue with the new US administration.

The talks in Astana about the regulation of the Syrian crisis could attract the Trump team to the joint coordinated work on the issue. At the same time, it is obvious that any sort of agreements for reconciliation in Syria can not be solid and durable without the participation of the United States. Noteworthy, the invitation of American experts for the talks in Astana was agreed with Turkey.

What does Iran want?

Iranian officials claimed: "We did not invite the Americans, and we are opposed to their presence there," Iranian Foreign Minister Javad Zarif said.

Thus, Iran has publicly rejected the initiative of its allies, with whom he fights, as it seems, for peace and stability in the war-torn Syria.

The Iranians have made it clear to Moscow that they intend to maximize the implementation of Russia's strategy in Syria and then in the entire Middle East. Iran may create a variety of problems for Russia, including those associated with the resumption of Russian-US cooperation on Syria.

It appears that Iran wants Russia to choose between Iran and Turkey. Iran assumes that neither Russia nor Turkey will be able to achieve any practical results in Syria without Iran. Iran also wants Russia to choose between Iran and Washington. In a nutshell, Iran wants Russia to recognize that Teheran holds the key to the regulation of the Syrian crisis. Should Russia decide that the real strategy is built on the cooperation between Moscow and Washington, rather than Moscow and Teheran, the Islamic Republic will be "extremely disappointed.

Interestingly, there were anti-Russian slogans chanted during the recent funeral of prominent Iranian politician Hashemi Rafsanjani. Iran blames Russia for the growing number of losses among Iranian military men in Syria. Iran asked Russia out of Hamadan for "ungentlemanly behavior" and "arrogance." The Iranians are very willing to believe that any foreigner dreams about demonstrating their "arrogance" to Teheran. For Iran, Russia is a "small Satan" - the country that  brought to power "Cossack Shah" Pahlavi in the 19th century, and then, in the 20th century, kept Iran under the threat of partial occupation under contracts from 1907, 1921 and 1927.

What message does Tehran send to Washington?

The main thesis is the same: Iran is a major player in the regional arena capable of exerting  critical influence on Russia's position, even when it comes to Russian-American contacts.

Iran does have a few trump cards to talk to major powers of the world in such a manner. First and foremost, it is the nuclear program and the nuclear deal. A decade of the struggle against the Iranian nuclear program has not eliminated the program. Iran already has carrier missiles - it only needs to make nuclear warheads for them. The nuclear deal with Iran is one of the greatest achievements of the Obama administration. When Iranian politicians signed the deal, they warned that they would be able to pull out from the agreement should they see any violation of it. In this case, the Islamic Republic of Iran will be free in the implementation of its nuclear program.

Washington has not lifted all sanctions from Iran. Donald Trump promises to refuse from the nuclear deal with Iran. If he does so, he will give Iran a chance to become a nuclear power. Noteworthy, Iran has recently announced the project for the construction a nuclear navy. it appears that Iran is interested in projecting its force in the Persian Gulf, the Indian Ocean, the Red Sea and the Mediterranean.