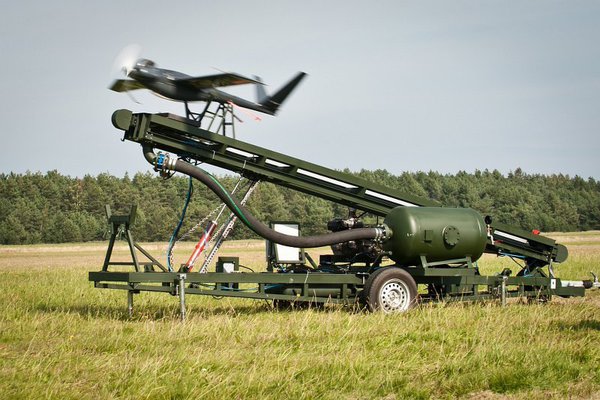 In the following talking to Pravda Report, the American activist for human rights, Medea Benjamin, speaks on the US drone program, what she expects to the near future regarding to US "drone policy" (an euphemism to international crimes), and reminds the day when she "felt compelled to challenge the president [Obama, in a speech in 2013] on a program that was murdering many innocent people, and making us more hated in the world."

Edu Montesanti/Pravda.Ru: What did disgust you so deeply to protest against the then-US President Barack Obama, during his speech in May, 2013?

Medea Benjamin: I was totally disgusted during President Obama's speech in May 2013 that I decided to get up and challenge him. I was disgusted because he continued to justify the use of drone warfare, I had been to Yemen, Pakistan and Afghanistan, where I met with families who had lost their loved ones to US drones.

The president said that we only used the drones when there was near certainty that no civilians would be killed, but I knew that was not the case. I knew that many civilians were being killed, and that the US government has keeping this information from the American public.

I felt compelled to challenge the president on a program that was murdering many innocent people and making us more hated in the world. As a constitutional lawyer, he should never have authorized the use of killer drones, particularly in countries where we were not at war.

US government assures that drone operations are a more precise alternative to boots on the ground, authorized only when an "imminent" threat is present and there is "near certainty" that the intended target will be eliminated. The justification for the use of drones is that they are surgical and precise, and don't kill civilians. However, the official number of civilians killed by drones is so large, for so long.

a) What do you think of US "policy" substituting boots on the gorund by drones? b) How much are drones precise in targeting combatants? and c) How do you see the US justification for the use of drones as "collateral damege" or that every killed was an enemy, when they kill civilians, Medea?

a) Using drones instead of boots on the ground is a way to get the US involved in military action without putting the lives of our soldiers at risk. If the cause is so critical to the security of the United States, we should be willing to engage our soldiers.

Also, precisely because the use of drones keeps our soldiers out of harm's way, it is easier for the United States to get involved in military interventions and makes the US government more belligerent;

b) Drones are not precise. The vast majority of people killed are people who the US military (or CIA) can't even identify. The missiles fired by the drones have hit weddings, funerals, marketplaces, residential houses, and health facilities. This is certainly not "precise."

c) The US military and CIA call the people they kill combatants, and in most cases, have no proof of that. It is also criminal and callous to just dismiss the killing of innocent people as "collateral damage" as if their lives didn't matter.

Most of the time the US government does not even bother to acknowledge its mistakes, and apologize or compensate the family for its terrible loss. It is only because the US is so powerful that it can get away with such arrogant behavior.

Professor Doctor Azadeh Shahshahani, a respected lawyer and Director for Project South, recently observed to me that:

a) In the domestic (US) context, they be used for artistic or investigative purposes. For example, they can be used to investigate agribusinesses to see if they are engaging in animal abuse or not. In that sense, they can play an important and legitimate role. However, their use needs to be regulated to ensure that they are used for surveillance by law enforcement agencies;

b) Per international humanitarian law, drones can only be used as bombs in an active armed conflict and even then with certain restrictions including military necessity, humanity, distinction, and proportionality. Only combatants or civilians who are directly participating in hostilities may be targeted. Targeting of other civilians is prohibited and may constitute a war crime,

How much the US government is respecting these principles, Medea, using drones both as surveillance and bombs?

There are many positive uses for drones but not for killing or for illegal surveillance. In many cities throughout the United States, community groups are trying to stop their police forces for getting access to drones that would be used to invade their privacy.

As far as war crimes, I am certainly that the US government has committed such crimes with its use of drones. One particularly egregious example is the use of "double taps", or firing a missile and then following up with another one shortly afterwards to target the rescuers. That is certainly a war crime.

Which is worse in the drone program, being used as "an engine of surveillance that threatens privacy", or as a "killing machine," both points observed recently to me by Professor Peter Kuznick?

It is certainly worse to kill people than to spy on them. But much of the time the two go hand-in-hand.

The drones can hover over villages, terrifying the entire population, and then a few days later drop missiles to kill the people they were spying on.

Contrary to Barack Obama, President Donald Trump has given the Central Intelligence Agency new authority to conduct drone attacks against suspected militants. The situations is going to get even worse, isn't it, Medea?

Yes, the situation is getting worse under Trump. He is giving more authority to both the CIA and the military.

He is no longer involved in the targeted killing but has designated this authority to others. In all areas of combat (whether with drones or piloted aircraft), the air wars are being intensified under President Trump.