What will happen if Trump contrives war against North Korea

Is a Korean war inevitable? Aydin Mehdiyev, associate of the Paris Center for Diplomatic and Strategic Studies, has given Pravda.Ru his expert opinion on the matter. 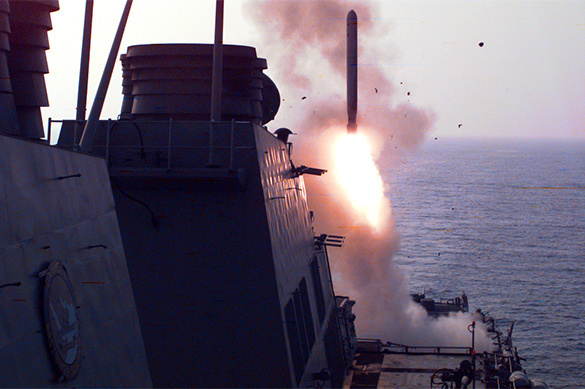 At first sight, it is just a coincidence: on Tuesday, 11 of April, a group of combat vessels of the Russian Pacific Fleet arrived in the port of Busan in South Korea.

At the same time, the US warships which are part of the Pentagon aircraft carriers group, approach the Korean peninsula. Among combat vessels of the Pacific Fleet the Varyag missile cruiser and Pecheneg tanker have arrived.

The Pentagon aircraft carrier group comprises the USS Carl Vinson aircraft carrier, two destroyers and one cruiser with guided missile on board which are able to intercept ballistic missiles. Although our Defence Ministry has claimed that aim of the visit of the Russian ships is familiarization with sights of the city of Busan and meeting with the mayor of the city, nonetheless one can assume that arrival of the Varyag and Pecheneg in South Korea overnight into appearance of the American aircraft carriers, a destroyer and a cruiser are to show that Russia keeps a close eye on acts of the US in the Sea of Japan and the Yellow Sea, which wash the Korean peninsula. Presence of the Russian combat vessels may be a deterrent for the Pentagon in case Donald Trump thinks of a military strike against North Korea.

However, as they claim in Moscow, a group of the Pacific Fleet ships will leave the Korean peninsula on 14 April and set for their base. While the US ships will most probably stay in ports of South Korea. And that is when Donald Trump may give order to intensively prepare for a military operation against regime in Pyongyang.

Yet another escalation may happen on 15 April, when North Korea may carry out testing of an intercontinental ballistic missile. By the way, launch of this missile may be dedicated to celebration of the 105th Birthday Anniversary of the legendary North Koran leader Kim Il-sung. The Pentagon fears that Pyongyang may even conduct a nuclear testing on 25 of April when 85th Anniversary of the Korean people's army will be celebrated.

Authorities in Seoul have warned that in case of a provocation from Pyongyang on this holiday, troops of South Korea will be put on war footing. And in this situation any flame may set up fire of a regional war, where North Korea, South Korea, Japan and the US will be involved.

A famous Russian Orientalist scholar Andrey Lankov, who has worked in Seoul for a long time, warns though that if the US carries out a military strike against the North Korean facilities, retaliatory strike of Pyongyang may create a real threat for lives of 25 million residents of Seoul, which is just on the border. 'In this case a new Korean war is inevitable,' the scientist warns. Former US Defence Secretary Ash Carter has also warned: a preventive military strike of the US against strategic facilities of North Korea may push leader of the country Kim Jong-un into invasion of South Korea.

Carter, who was Head of the Pentagon under Obama's Administration, has claimed, that he's sure that as a result of this war military potential of North Korea would be completely annihilated, but this victory might be won at the expense of great human losses.

Former head of the Pentagon also doubted that China would give a green light to start of the US war against North Korea. According to him, outcome of the North Korean defeat in this war may be creation of a single Korea, which would be a strong ally of Washington. However, China will not be content with such a scenario, as in this case the role of Beijing in the region will be drastically weakened.

In any case experts warn that if Donald Trump contrives a war against North Korea, preparation for such a large-scale military operation will take several weeks or even months. So, for the moment there is space for diplomatic maneuvering to prevent a great war on the Korean peninsula.