The flagship of Russia's Pacific Fleet Varyag arrived to the shores of Korea. The warship entered the port of Pusan earlier than the USS Carl Vinson, which the US turned to South Korea at the time when she was traveling to Australia. 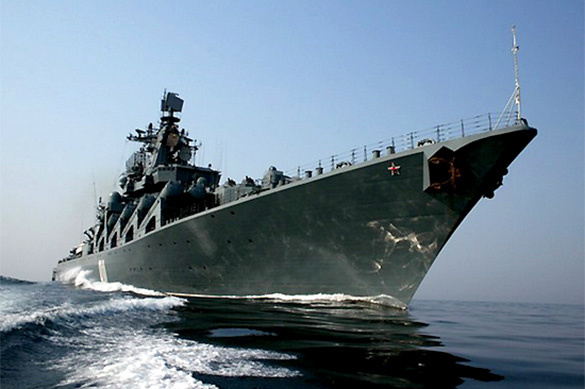 US President Donald Trump ordered the USS Carl Vinson aircraft carrier strike group to go to North Korea and harbour at the Korean Peninsula in the western part of the  Pacific Ocean. The military were instructed to be prepared for an attack.

The Russian warship has other purposes. Together with the Pechenga sea tanker, the Varyag entered the port so that the Russian seamen could meet with representatives of the South Korean Navy command, the mayor of Pusan and the Russian consul general. It is planned to show the Russian seamen around and play friendly matches with Korean sailors.

The flagship of the Pacific Fleet, the Varyag, had set out on a long-distance journey that would last for more than two months. The ship is to make seven visits to the ports of foreign countries. The main goal of the campaign is to demonstrate the St. Andrew's flag and develop cooperation in the Asia-Pacific region.