Alaska wants to go back to Russia?

Not that long ago, officials with the government of Alaska stated that the state would be better off as a part of the territory of Russia. Moscow, Alaskan officials said, would protect the territory of the state and develop its natural resources better. The Arctic policy adviser at the government of Alaska, Craig Fleener, said that the region could be developing better if it were run by the Russian government. 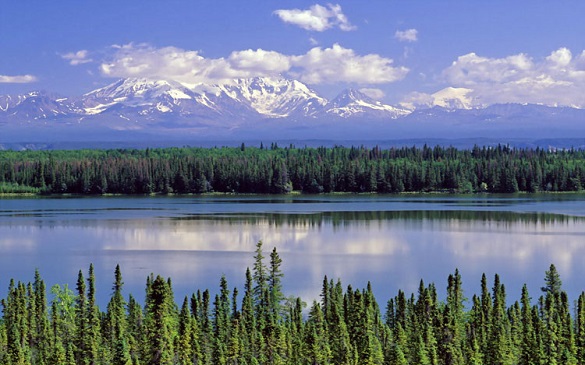 According to Fleener, Moscow would have concentrated its efforts on the development of the peninsula, including in the field of ensuring national security, if Russia had not sold Alaska to America in the late 19th century.

One can look at this question from two points of view, Fleener believes. In terms of national security, Russia would see Alaska as a strategic region primarily because of its geographical location and proximity to Canada and the United States. This would trigger the development of projects in the field of oil, natural gas and mineral resources in the region, he said, adding that Alaska would definitely not return to Russia.

It is believed that the contract to sell Alaska to America was signed on March 30, 1867 in Washington. The area of 1 million 519 thousand square kilometres was sold for only 7.2 million dollars in gold, that is at 4.74 dollars per square kilometre. There is a theory saying, though, that Russia never sold Alaska, but rented out for 90 years.

The Arctic peninsula holds a quarter of all underground and marine reserves of the United States, nearly five billion barrels of oil, rich reserves of forest, gas and copper. Some Americans do not mind selling Alaska to Russia for one trillion dollars to reduce the budget deficit.

Alaska with Russia: If pigs had wings, they could fly

Pravda.Ru requested an expert opinion on the subject from president of the American University in Moscow, Eduard Lozansky.

"Do you think that Moscow would protect Alaska and develop natural resources, if the region were managed by Russia? What problems does Alaska have to deal with? Does the US government pay proper attention to it?"

"It was an advisor, who said that - he can say whatever he wants. Nowadays, in the era of globalised world, one can find an option, when Alaska can benefit from the cooperation between Russia and the USA. I was watching the Arctic forum in Arkhangelsk, and I liked the speech from US Ambassador to Russia John Tefft, who said that Russia and America could cooperate, and they already cooperate in specific areas.

"One of the basic ideas of Donald Trump's campaign was to develop cooperation and partnership with Russia, to address common goals and solve them together. He did not say anything specific about the Arctic region, but this region could be a good start. Cooperation in the struggle against international terrorism is also a good idea. Anyway, it was good to hear a positive message from the US ambassador about the Arctic."

"Do you think it would be better if Alaska were a Russian territory?"

"I think that it is ungrateful to rewrite history. It is impossible to find out what would be better. Even surveys and polls would give a purely hypothetical answer to this question. Alaska's place in the world - with Russia or with the USA - this is purely an intellectual exercise. Most likely, the adviser said that for publicity, and it worked. If Russia and America had normal relations, it would not be important, under whose jurisdiction Alaska would be."

"Craig Fleener said that the Russians would be developing Alaska from the point of view of ensuring national security, which would in turn lead to the development of oil, gas and mineral resources. Are there many unexplored opportunities in these areas?"

"Of course, Alaska is a huge territory - it is one of the largest states. There are enormous resources not only in Alaska, but in the Arctic region in general. Clearly, one country will not be able to develop those resources alone.

"By the way, sitting Secretary of State Tillerson used to chair the board of directors of Exxon Mobil. They worked with Rosneft on a huge project worth $27 billion. Everything was going well until sanctions were introduced. Tillerson was one of those people who were opposed to sanctions. Now he is the US Secretary of State. Of course, he can not speak freely, as he used to, but he does understand that sanctions were a big mistake.

"Tillerson knows the atmosphere that now reigns in Washington: a politician, who says something in favour of US-Russian relations, is immediately declared Putin's agents or a mentally unstable individual. No one wants to take risks. He needs to be very careful. Yet, I believe that Tillerson will look for some ways to handle this. He is coming to Moscow on April 12. Surely, he will bring a program with him, the Russian side, I am sure, also has ideas. One has to take small steps in this direction, given the colossal resistance of anti-Russian forces in Washington."

Russia and USA to build tunnel between Alaska and Chukotka

"What other problems are there in the relations between Russia and the USA?"

"There is a very important problem of the non-proliferation of nuclear weapons. America and Russia control about 95 percent of the entire nuclear arsenal. It is clear that the two countries must cooperate to avoid the worst scenario, when nuclear materials may fall into terrorists' hands.

"There is another project in Alaska that we also lobby. This is the construction of a tunnel between Chukotka and Alaska, like the tunnel between France and England. When we raised this question ten or fifteen years ago, everyone said that this was a crazy idea. Today, the idea finds more and more supporters. We already have engineering calculations. Of course, the tunnel will not appear in a year or two, but one needs to discuss such projects in an effort to materialise them.

"By the way, even though the new Pentagon chief, James Mattis, declared Russia an enemy, Russia and the USA hold high-level meetings of top military officials. One has to make all these small steps to move on."

13:53
Russian Security Council names the goals of the special operation in Ukraine
13:24
Medvdedev: Russia may deprive Japan of oil and gas
19:21
Ukraine names the cost of country's restoration and demands to take money from Russia
19:04
Russian MP suggests renaming Kaliningrad the way new reality dictates
17:46
Russian ice hockey player accused of dodging army service as he wants to sign up NHL
17:03
Protests in Uzbekistan: Authorities backpedal as 18 people killed
16:38
Zelensky's adviser says the surrender of Lysichansk is Ukraine's successful operation
15:59
Mysl Polska: Ukrainian refugees see Poland as a cash cow
15:52
Kyiv responds to the neutralization of 40 Nazis with a staged video
15:22
The West gets caught in the trap of "Catch-22"
World
Czech general tells bad news to Zelensky