What is the geopolitical importance of the Arctic region today? What countries claim for the Arctic territory and why? Why don't Americans hurry to finance Arctic projects? How important is the region for China? Pravda.Ru asked these and other questions to Director of the Institute for Regional Problems, Dmitry Zhuravlev. 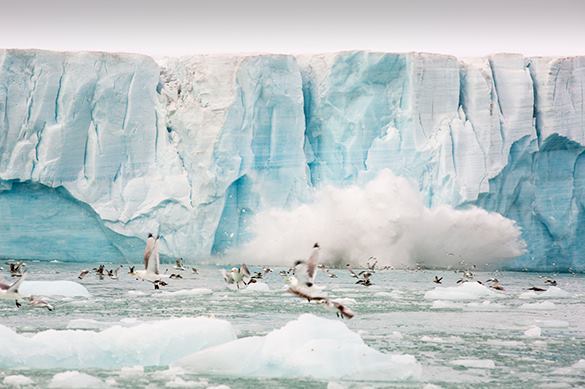 "In August, Russia is repeatedly bidding at the UN for the extension of Arctic territories - currently there are more than a million square kilometers. What do you think will happen?"

"Why does Russia and other countries have to deal with these bids? In the XIX-XX centuries, the Arctic would be divided simply on meridian lines. If a country had three meridians, it would have three segments of the Arctic territory and so on. Nowadays, everyone wants this to be done differently, because Russia has the largest part of the Arctic territory in terms of meridian lines, and the USA does not have much at all.

"Everyone wants to be in the Arctic today due to its enormous natural wealth - millions of tons of oil and gas. In the Russian Arctic zone, there are diamonds, metals and other resources. Raw materials is the first factor. The second factor is the distance. The shortest route from Russia to the US and from Asia to Europe is via the Arctic. This is a huge economic potential. The third factor, the most important one, is the economy of money. It can exist only if one constantly invests money. The Arctic, owing to its raw materials and transport capacity, is a region for highly effective investment. Rosneft has begun investing in offshore oil development, and it immediately led to multiple orders in the spheres of science and production.

"Another important factor is pure geopolitics. Interestingly, it is the Chinese People's Republic that shows greatest interest in the Northern Sea Route. Currently, the European market is even larger than the American one. Who takes this market? The huge geopolitical project of the US-European economic system is connected with this issue. The Americans want to be the only manufacturer for the EU, while everyone else will be its buyers. This is one of the biggest dreams of the United States today.

"Yet, if cheap Chinese goods flow into Europe via the Northern Sea Route, a huge problem will arise for America in Europe. Another problem for the USA will appear in China, because China and the USA can be political adversaries while staying one single economic system. None of the parties will survive without each other.

"If the Northern Sea Route opens the European market to China, the Sino-US alliance will become a big problem for the United States. The Americans seriously believe that the defeat in the Arctic would be a strategic defeat for the country."

"If this transport breakthrough is so important for the United States and China, do they strive to develop the Arctic? Is it possible to announce the Northern Sea Route an international corridor to build policy around it?"

"There was a discussion about it. Russian Deputy Prime Minister Dvorkovich stated point blank that Russia was inviting China to cooperate in everything except the Arctic. Thus, Russia is determined to keep entire control of the Northern Sea Route."

"Does Russia have grounds for it?"

"We do. For example, Russia owns the world's largest fleet of ice breakers. Russia has 41 icebreaker, the United States has six, and four of which are to be decommissioned. For the Americans, the nuclear program was a purely military program, and all American nuclear vessels are military vessels. A nuclear-powered icebreaker is a Russian feature. No other country in the world makes such ships. An icebreaker travels straight to the north, rather than along the coast. There is no alternative to this ship in the world.

"China makes icebreakers too, but they still have to do a lot to catch up with Russia at this point. Speaking of the Arctic, why does China need icebreakers? Obviously not for the Pacific Ocean."

"What is the current balance of forces in the Arctic?"

"The Arctic is divided on UN mandates. In general, the Americans can do without the Arctic for the time being, but there is such a thing as competition. They do not want to lose time because there is a very wealthy region at stake.

"How do countries express their intentions for the Arctic?"

"Russia was the first to have drilled a hole in the Arctic shelf to see the amount of wealth underneath the Arctic ice. The Americans are going the same way, but a little slower, because they are too busy playing the shale oil game. Norway entirely depends on its northern oil rigs. If the country looses them, Norway is doomed. If there were not so much politics in the shale revolution, the development of the north would be a lot more interesting for the USA and Canada. After all, shale revolution leads to very serious consequences in ecology."

"The Russian economy does not live in its best time right now. Can the Arctic region be a way out?"

"There are three forms of development of the region: economic, scientific and military  development. The military development of something that does not require protection is a waste of money. Russia has been enhancing its military presence in Arctic territories because we count on economic and scientific development as well. The oil reserves that Rosneft has found in the Arctic are comparable to the oil reserves of mainland Russia. In addition to oil, there's natural gas, diamonds, etc, etc. At the same time, all this requires large scale investment that will not pay back immediately."