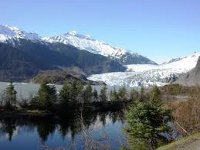 March 30 marked 144 years since the day when Russia sold Alaska to the United States for five cents per hectare. The adequate agreement was signed at 4 a.m. by the Russian Ambassador to Washington Eduard Stoeckl. The government of Alexander II sold the huge territory of over 1.5 square kilometers for $7.2 million, gold (11 million rubles, gold).

That was probably one of the strangest deals in history. Many Russians were perplexed as to why the government sold the territory which the people of the country had been developing for 126 years. Moreover, many in the country were surprised why the price for selling Alaska was so low.

In America, the deal raised many eyebrows too. They found it hard to understand why the country needed 365 million acres of frozen land. The price for that land was too high, many Americans thought.

William Seward, then-Secretary of State, was conducting negotiations with Russia regarding Alaska. He also signed the sales agreement, and he received most criticism for that. Rumor has it that the senators who approved the ratification of the agreement, were bribed by the Russian ambassador. Indeed, historians say that Stoeckl received $25,000 from Alexander II for his efforts.

If bribes did happen, they were probably the bribes that contributed greatly to the development of the country, Americans historians say. Gold was found on Alaska several years after it was no longer a part of Russia. Oil and gas reserves discovered there were worth hundreds of billions of dollars.

It is worthy of note that the sale of Alaska led to long-term negative consequences for the United States. Indians, Aleuts and Eskimos did not recognize the deal. They were granted US citizenship only in 1924.

The situation changed after the discovery of enormous oil reserves in 1968. Three years later, Washington made a decision worth of Solomon. Alaskan Aborigines received approximately 11 percent of the state territory in their property and a share in oil-mining corporations.

Could Russia keep Alaska - the land discovered by Vitus Jonassen Bering (Denmark) and Aleksei Chirikov (Russia) in 1741? Historians still argue about it, although many of them believe that Russia would lose the land sooner or later. The Americans would start to force the Russians out from the land, scientists say. John Adams, USA's Secretary of State in 1823, said that Russia had absolutely no rights to have a colony in North America. His disciple William Steward, who served as the Secretary of State during 1861-1869, developed a whole program in 1860. In accordance with the program, the USA was supposed to take the territory of the entire continent.

Russia was suffering from the consequences of the Crimean War during those years. The country also feared an attack from Britain in the Far East and tried to finance Priamurye and Primorye territories annexed in 1860.

It is worthy of note that Britain, France and Spain were actively exploring the coast of Alaska.

The ceremony to hand over Alaska to the United States took place on October 18, 1867 in Novo-Arkhangelsk (nowadays - Sitka), the capital of the Russian colony in North America.

Popular myths about the sale of Alaska:

The final settlement for the land has never been performed, because the ship, which was carrying the money to Russia, sank.

Russia can still challenge the deal in connection with a number of violations of the contract.

Alaska was not sold, but leased for the period of 99 years. The USSR for some reason did not claim the territory back.

Some believe that it was Russian Empress Ekaterina II who sold Alaska to the States. A popular song by Russian band Lube called "Don't Fool Around, America" from 1989 has the following line: "Ekaterina, you were not right." The sale took place during the rule of Alexander II. There were not any Russian settlements in Alaska during Ekaterina's reign.

Asia
Recep Erdogan is coming to Russia. What for?