President Donald Trump expects that Russia will return the Crimea to Ukraine to de-escalate the crisis in the east of the country, spokesman for the White House Sean Spicer said Tuesday. According to him, Trump takes an incredibly tough stance on Russia. 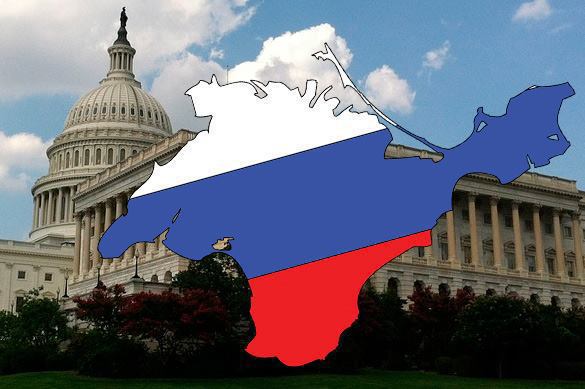 "President Trump has made it very clear that he expects the Russian government to de-escalate violence in Ukraine and return Crimea," Spicer said. "At the same time, he fully expects to and wants to be able to get along with Russia, unlike previous administrations, so that we can solve many problems together facing the world, such as ISIS and terrorism," the official said.

"The irony of this entire situation is that the president has been incredibly tough on Russia. He continues to raise the issue of Crimea, which the previous administration allowed to be seized by Russia," Spicer added.

Russian politicians commented on the statement from the White House representative.

"One should not create an impassable barrier that Russia will not accept. Russia's rejection of its sovereignty over the Crimea can not be seriously considered," Senator Oleg Morozov told RIA Novosti.

According to the official, one should expect a "more clearly formulated statement" from Donald Trump. "Statements that we have heard so far can be interpreted differently. The two sides need to establish direct contacts to discuss every problem. We will not be able to understand the real state of affairs until then," said the senator.

His colleague from the upper house of the Russian parliament, the head of the Defense and Security Committee of the Federation Council, Viktor Ozerov, said that the remarks from the White House spokesman could be attributed to the wish of the Trump administration to "mute" the discontent of the American establishment with President Donald Trump because of his alleged "pro-Russian" stance.

"I think that one of the reasons for such a statement is the situation that has developed around Trump lately. The statement was voiced to ease tensions and show that Donald Trump was not very pro-Russian as it may seem," said Ozerov.

"As for the return of the Crimea, there can not be two opinions about it. The Crimea is Russia, it is not a bargaining chip for Russia and the USA, no matter what may be at stake," he stressed.

The requirement "to return the Crimea" is just as "impracticable as if Russia demanded the US should return Alaska," the official added.

"It does not look like Trump wants the Third World War to break out, does it? Of course, the statement was voiced as a consequence of the pressure of the US establishment against the background of the scandal with Michael Flynn. Now Trump needs to push his "hawk" button to alienate himself from the position that many believe to be pro-Russian - that is why he has changed the rhetoric. Has the United States recognized the Turkey-occupied Northern Cyprus? Has the USA ever apologized for annexing territories in the last 200 years? Have the Americans apologized for Yugoslaiva? Why should anyone pay attention to the rhetoric of domestic consumption?" political scientist Daniel Hotz told Politonline.

Author`s name Dmitry Sudakov
*
13:57
Russia will not talk to Ukraine. Russia will talk to the West
13:34
USA's plan to give 20 percent of Ukraine for peace hoax
12:51
Medvedev: Ukraine as a state to be devastated, go bankrupt and be turned into colony
18:34
Biden changing strategy on Ukraine to reach diplomatic solution with Russia
13:35
USA's next step is to suppress European economies
12:28
Moscow wants to push Ukrainian troops away from Russian territories
19:55
US eco activist arrested for walking calf on Red Square
19:06
Putin speaks about the shelling of Russian regions
16:17
Ukraine shells Druzhba oil pipeline, minor damaged caused
14:48
Russian karate athlete, European champion, killed in Ukraine
Ukrainian forces suffer heavy losses while trying to cut across Dnieper