Russia made huge mistake when it sold Alaska to USA for only 7.2 million dollars

Russia and the United States signed a treaty selling Alaska to the U.S. for $7.2 million on March 30, 1867. The deal was considered a great achievement of diplomacy at the time. 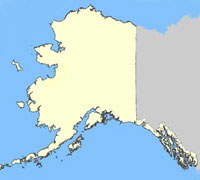 Russia made huge mistake when it sold Alaska to USA for only 7.2 million dollars

The Russians began exploring the northwestern coast of North America in the first half of the 17th century. By and large, Russia discovered the region, and thus owned it for the next 126 years.

Saying that the Russian Empire actually owned Alaska would be a sort of exaggeration. In actuality, Alaska Territory was owned by a transnational corporation called “Russian-American Company.” Founded by Siberian merchants in 1799, the corporation had a monopoly on all trade, business, and natural resources in Russian America i.e. Alaska and California, the Island of Sakhalin and Kurile Islands. The reason why the company held sway over the vast areas was clear and simple: the Russian-American Company operated under auspices of the tsarist family.

On the one hand, the Russian-American Company took full advantage of the situation. For instance, the Russian managers cut a fictitious title transfer deal with their U.S. partners in the midst of the Crimean War. The agreement was designed to keep Russian assets from being seized by Russia’s enemies e.g. Britain. On the other hand, the company’s close relationship with the Russian elite eventually backfired. A threat began to loom on the horizon.

The threat had taken shape by the late 1850s. Grand Prince Konstantin Nikolayevich, the tsar’s younger brother and chief of the Russian Naval Headquarters, was threat personified. It was the grand prince who first came up with an idea of selling Alaska. He cited “Russia’s lack of funds” as one of the main arguments to back his proposal. In fact, the Russian Empire had been strapped for funds most of the time though the circumstance was hardly given any consideration by Alexander II as he wrote the following in response to his brother’s proposal: “The idea is worth thinking over.” In other words, the tsar set the ball in motion. Soon the government bureaucrats devised a plan aimed at selling Alaska to the States as quick as possible before the U.S. could get hold of the territory by force. The opinion of a few opponents was apparently brushed aside.

Russia failed to reach an agreement with the U.S. following the outbreak of the Civil War. However, the sides resumed talks after the end of the war. Eduard Stekl, a Russian envoy to Washington, was Russia’s main negotiator in the talks. Stekl negotiated a deal for the sale of Alaska for $7.2 million. It is noteworthy that $165 thousand of the above sum was used for bribing several U.S. senators and newspapermen: those Americans seemed to have their doubts about the feasibility of the deal.

Looking back at the way things stood almost 150 years ago, one cannot but be amazed at the stance the Russian government took while dealing with the problem. It appears that the Russian government saw the selling of a huge territory of nearly 1.5 million square kilometers as some kind of a cakewalk. The government of Alexander II got rid of Alaska as if it had been a “non-core asset.” Those financial arguments in favor of the deal look especially ludicrous. The state budget of the Russian Empire totaled about half a billion rubles at the time. Taking into account that the ruble and the dollar were more or less in parity in terms of value during the period, there was no way the deal could have had a considerable beneficial effect on Russia’s coffers.