The West remains silent about the recent attempt of the Kiev authorities to commit terrorist attacks in the Crimea, Russia. Ukraine pretends that nothing has happened. Yet, two Russian military men have lost their lives. Pravda.Ru editor-in-chief Inna Novikova talked about it in an interview with Russian philosopher, historian and publicist, president of the Center for Strategic Studies "Russia - The Islamic World," Shamil Sultanov. 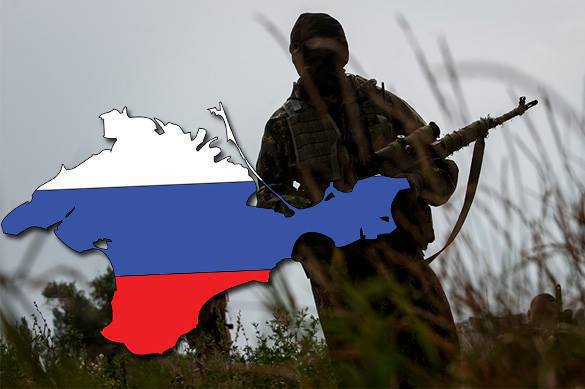 "How will the attempt of Ukrainian saboteurs to commit terrorist attacks in the Crimea affect the Russian-Ukrainian relations?"

"The events that happened in the Crimea should be analyzed in the context of the hybrid warfare that is being waged against Russia. This war is approaching its "hot phase," when the relations between Russia and Ukraine aggravate sharply. The ideologists of this war need to instigate a conflict between our countries. Ukraine has already put its armed forces on alert - this is one of the symptoms. The Crimea was used as a trigger, because Western analysts assumed that it would push Putin towards making a tougher response than, for example, the attack on the Donbas.

"Interestingly, it was only President Poroshenko alone, who made adequate statements about the events in the Crimea, even though Ukraine, unlike Russia, considers itself a parliamentary republic. The prime minister of Ukraine was silent, and so was the parliament, the Verkhovna Rada. Even the security service of Ukraine withheld comments, although everyone knows that the security service of Ukraine has been operating under American wings since the early 2000s.

"It is also curious that it took President Poroshenko a few hours to make his statement on the subject of prevented terrorist attacks in the Crimea. At first, he did not even realize what it could end up with. If such actions are planned, they also plan to seize information space as soon as possible as well. Official statements usually appear immediately in such cases, but that was not the case this time.

"I believe that the events in the Crimea appeared as newsflash for Poroshenko himself. This demonstrates a split inside the Ukrainian elite, where Poroshenko is not the main figure. It may also mean that Washington is working on a plan to replace Poroshenko - we can see it in numerous publications in the Ukrainian media that criticize the president and his actions.

"From my point of view, the recent provocation in the Crimea had two goals. The first one is to exacerbate relations with Russia. The second one is to weaken the position of President Poroshenko, who, despite all his tough statements, still tries to maintain Ukraine's ties with Russia. The Americans need a tough nationalist, who would not discuss anything with Russia. They need a "military Ukrainian patriot" as Ukraine's president.

"The current Ukrainian regime is degrading. Ukrainian radicals are getting stronger and stronger, and the questions of their coming to power is only a question of time. Most likely, Washington believes that Poroshenko may act as a double agent and then eventually take the side of the Kremlin. The events in the Crimea came as an attack on both the Russian-Ukrainian relations, but also as an attack on Poroshenko himself.

"For Russia, it is vitally important not to engage in the fight, because this is exactly what the organizers of the failed attacks want Putin to do. The Americans want to see Russia attacking Ukraine. A couple of years ago, when Ukraine attacked Russia's Rostov region, it was not a pre-meditated act. The problem was solved on a lower level. The failed terrorist acts in the Crimea are unique. They came as a long-term operation of certain forces inside the Ukrainian administration, masterminded by the people in the US administration. They wanted to see how Russia would react, and our reaction would then guide them to further actions."

"Do you think that fascists may come to power in Ukraine indeed?"

"Remember how Hitler came to power. The impoverishment of the middle classes, high unemployment, lack of energy resources - and then there came a man, who said that he would have all those problems solved. Hitler came to power in 1933, and in 1935, Germany's economic growth was the highest in the world. Nationalism has a component of efficiency.

"Unlike in other countries, the events that have been happening in Ukraine exclude positive scenarios. First of all, Ukraine lacks a strong and charismatic leader. Secondly, Ukraine consists of 12-14 elite groups that are ready to kill each other. The degradation of Ukraine will continue. As classics say, human blood is the most important lubricant in the history of mankind.