During the last two years, the geopolitical situation between two major powers of the world has aggravated even more. The current state of affairs in the US-Russia relations looks very much like a cold war. Many countries of the West imposed sanctions against Russia. The relations between Russia and Ukraine have been smashed to pieces. 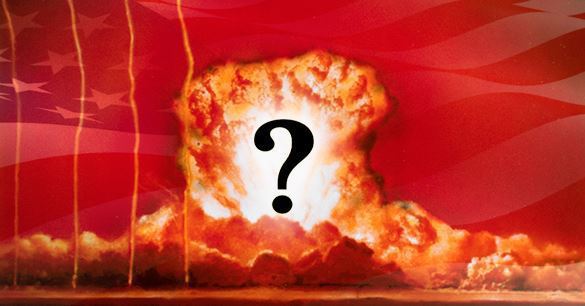 As for the United States, one may already talk about another arms race between our countries. Russia and the USA compete in their military power, while officials of the two states release highly unfriendly statements. Ukraine does not even think to stop destroying its own eastern territory.

The worst thing is that the two possible scenarios for the current situation to develop further seem almost unreal, but they can not go up in smoke unless there are no changes for the better.

Scenario No. 2: War between Russia and the United States. The course of events in this scenario is even more serious than in the previous one, since the two powers are equally capable of wiping the human civilization off the face of Earth. Both Russia and the USA are nuclear powers. Even if nuclear weapons are not used, the military potential of both Russia and America are powerful enough to achieve the complete destruction of the enemy.

In other words, the winner in this war takes nothing, because there will be no winner per se, god2016.su website says. The Americans are working on powerful and instant strikes on infrastructure objects in Russia, but they do not forget about the missile defense system to repel enemy attacks either. The Russian nuclear triad can put an end to all nefarious intentions of the United States, and this is a fact, especially because we have our own missile defense system. All of this could be a specially designed system of rumors on the eve of elections. The United States has publicly acknowledged that Russia is a threat to its security.

All the information about the scale of Russia's military might is highly classified, and even Russian citizens know nothing about it. Yet, one can be sure that there is hardly a country in the world that would indeed decide to attack Russia to put its military power to the test. It goes without saying that Russia and the USA possess most modern defense technologies, but there is a difference between the two countries. The Americans continuously attack weaker countries, whereas Russia has never committed an act like that. No one can give a real assessment to missile defense systems of both Russia and the USA, but it is obvious that it is equally unprofitable for Russians and Americans to launch a global fight.

The US has only one method of how to hurt Russia even harder. The Americans can impose another package of sanctions on our country. Yet, all their sanctions damage the US economy as well, let alone the fact that Russia responds accordingly to all of such hostile moves that the EU and the USA take. All three major forces in the world (the EU, Russia and the US) have reasonable people in their administrations, and those people will not go to war. Therefore, forecasts are far from being optimistic, but they do not include radical measures.

Interestingly, most prominent clairvoyants (Pavel Globa, Baba Vanga) predict that Russia will become the world's most powerful nation in the next period of history. Russia will be able to revive the patriotic spirit and stabilize the economy. Clairvoyants believe that the conflict in Ukraine will be exhausted in 2016, and the south-east of the country will become a part of the Russian Federation. At the same time, the power of the United States will begin to crumble, and Russia will be on the same pedestal with the United States.

We have not forgotten the aftermath of two world wars and enormous losses that they entailed to start another major confrontation. Russian arms are so powerful that only a suicider or someone very silly may try to attack the country.