National Security Advisor to US president, Michael Flynn, has resigned. The official acknowledged that he misled Vice President Pence and other top officials of the White House about his conversations with the Russian ambassador to the United States. 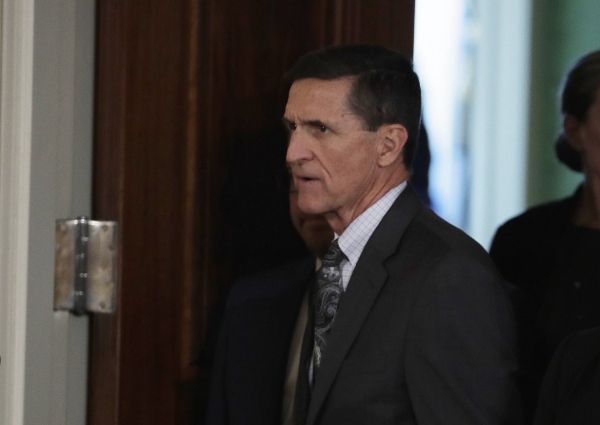 The Washington Post reported last week that Flynn discussed the issue of anti-Russian sanctions with Russia's ambassador to the United States in December 2016. As a result of the talks, the Kremlin received an illegal signal about the possible easing of the sanctions introduced by the Obama administration for "cyberattacks" during the US presidential election in 2016, the newspaper wrote.

"Unfortunately, because of the fast pace of events, I inadvertently briefed the vice president-elect and others with incomplete information regarding my phone calls with the Russian ambassador," Flynn wrote. "I have sincerely apologized to the president and the vice president, and they have accepted my apology," he added.

White House expressed concerns that Mr. Flynn could become "a target for blackmail from the Russian side." As Russian senator Alexei Pushkov commented later, it was the US relationship with Russia that became the "target."

The head of the International Committee of the Federation Council of Russia, Konstantin Kosachev, noted that Russophobia could infect the new US administration. "Either Trump has not gained required independence and is being driven into a corner or Russophobia has struck the new administration from top to bottom," said Kosachev.

"Sacking the national security adviser for his contacts with the Russian ambassador (which is a part of common diplomatic practice) is not even paranoia, but something infinitely worse," Kosachev also said.

It was reported that General Joseph Keith Kellogg, who previously served as the head of the National Security Council staff, will become the new national security adviser.

Noteworthy, Michael Flynn said he was confident in the success of the team of Donald Trump.

"I know with the strong leadership of President Donald J. Trump and Vice President Mike Pence and the superb team they are assembling, this team will go down in history as one of the greatest presidencies in U.S. history, and I firmly believe the American people will be well served as they all work together to help Make America Great Again," Flynn wrote.

Pravda.Ru asked 'well-known writer and social activist Eduard Lozansky, president of the American Institute in Moscow, to comment on the resignation of the US national security advisor.

"What information did Michael Flynn conceal from the top US administration?"

"Of course, we do not know all the details, but according to my sources, Flynn thanked the Russian ambassador for Russia's decision not to expel US diplomats from Moscow. This is a matter of protocol ethics as he had no right to say such things at the time when the position of the US Secretary of State was still vacant. There could be something more in those negotiations, but the whole story will make Trump's efforts to improve relations with Russia more complicated. I personally think that Michael Flynn's resignation came as a big loss for the future of US-Russian relations."

"Does it mean that Trump is changing his policy in relation to Russia?"

"No, it is too early to talk about it. I think that the answer to this question will become clear after his meeting with President Putin. Most likely, Donald Trump and Vladimir Putin will have their first meeting during the upcoming G20 summit. Our researcher has recently published an article in The Washington Times saying that one should build relations in Russia-USA-China format, rather than in Russia-USA format. The Washington Times is perhaps the only newspaper that supported Trump during the election. Trump and Putin will most likely have a meeting during the G20 summit, but the most important meeting would be a trilateral meeting between Trump, Putin and Xi Jinping."