Belgium lies, accusing Russia of lies, as US puppets do

Despite the fact that the Belgian Ministry of Defence has received documents from Moscow confirming the participation of Royal Air Force fighter aircraft in the bombings of the Syrian village of Hassadjek near Aleppo, Brussels continues denying its involvement in the air strike, claiming that Russia has fabricated the data. 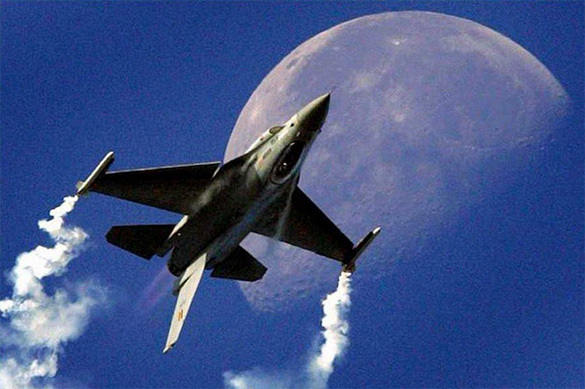 Russia's Foreign Ministry presented the evidence proving the involvement of the Belgian Air Force in the bombings to Belgian Ambassador to Moscow, Alex van Meuwen. Belgium's persistent denial of the fact of the air raid near Aleppo is puzzling, Russia's First Deputy Foreign Minister Vladimir Titov told the Belgian ambassador.

Pravda.Ru asked an expert opinion from Deputy Director of the Institute for CIS countries, Vladimir Yevseyev.

"In fact, Brussels lies accusing Russia of lies. How should Russia react to this?"

"I think that Russia should react calmly. We are in a state of information war, when each side will try in every way to deny their involvement in various types of events and blame the other side instead. When the Malaysian Boeing was shot down over Ukraine, the United States did not even look into the problem, but blamed Russia immediately, without any investigation.

"In the situation around the bombing of Hassadjek, Russia presented real facts. We are very much concerned about the actions of the US-led coalition in Syria. For example, there are facts of the killings of civilians in air raids in the province of Deir ez-Zor.

"Belgium is being so nervous because the Royal Air Force in Syria does not implement its own interests - it serves the interests of the United States, thus indicating the absolute political weakness of European countries.

"When the United States announces its intention to achieve stabilisation in certain countries, I do not see confirmation to these words. It is clear that the United States is simply unable to resolve any armed conflict. As a result, the Americans conduct subversive activities against disloyal countries. It is impossible to regulate any crisis under such circumstances.

"Russia offers to act on both military and peaceful tracks. A significant part of militants have moved to Idlib, and this also indicates Russia's success in the struggle against terrorists in Syria.

"Proceeding from all this, I think it makes no sense to take statements from Brussels seriously. They distort information in a striking way during the investigation of such a terrible disaster as the crash of the Malaysian Boeing over Ukraine. It appears that the purpose of their investigation is to make Russia responsible without investigating the details of the tragedy. The reaction from the Belgian Ministry of Defense is predictable, as Europe is walking in the footsteps of the US foreign policy."

"Do you think that they will get away with it?"

"This is a typical position of the Americans - they are always sure that they never make mistakes, and they can always get away with it. They believe that since they control the world's media, it makes them immune to everything. They can, for example, strike Syrian troops, like near Deir ez-Zor, or let Afghan Talibs escape. The USA believes that they have a right to attack civilians of Mosul.

"I think that the US will continue doing this, especially if Hillary Clinton takes office as president. Just remember how happy she was to find out about the death of Muammar Gaddafi. This is an episode of her psychic anomaly. I do not understand how this woman can become president."