The United Investigative Committee, which includes Australia, Belgium, Malaysia, the Netherlands and Ukraine, has demonstrated its own impotence, as it urged the UN to set up an international tribunal to investigate the tragedy of Flight MH17 of Malaysian Airlines that crashed in the sky over the Donbass. Can it be a thought-out action? 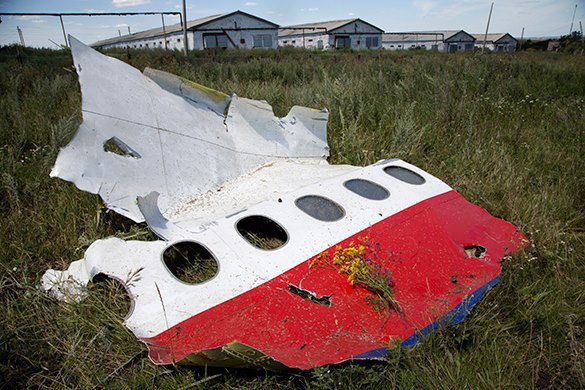 Why do members of the United Investigative Committee address the UN Security Council, rather than The Hague Tribunal? Ukraine is not a member of the Club of Rome, nor does it fall under the jurisdiction of the international court in The Hague. The UN Charter does not clearly designate the cases, in which the Security Council may form temporary tribunals. But there were such precedents in the past:  the Nuremberg trial, the tribunal for former Yugoslavia and the tribunal for Rwanda (Tutsi genocide). The main task of such tribunals is to bring those responsible to justice, regardless of their  titles.

Russia opposed the establishment of the tribunal for the Malaysian Boeing. Russia's Permanent Representative to the UN Vitaly Churkin said that the authors of the initiative define the crash of the airplane as a "threat to international peace and security", making reference to Chapter VII of the UN Charter. According to Vitaly Churkin, a single act could not be qualified so, especially retroactively. According to Churkin, one should wait for the results of the investigation before thinking of how to organize further trial.

Where is the truth about the crash of the Malaysian Boeing?

The request of the affected parties, (it is not clear what Ukraine is doing among them - none of its citizens was killed in the plane crash) contains another legal nonsense. The tribunal is not an investigative, but a judicial authority. In the United States, in Russia and in any other country, it is investigators who deal with this or that crime first. Afterwards, depending on the outcome, a prosecutor may or may not bring charges to court. In addition, the court and the prosecutor's office are two separate entities. In our case, we can see members of the United Investigative Committee assuming prosecutorial duties too. To crown it all, the composition of the investigative committee is a shame for Western "democracies." What is Ukraine doing there? Do Western democrats realize that Russia suspects Ukraine of committing the crime? Can such a committee be impartial?

What about the moral side of it? Who are the judges? Let's take the Tribunal for former Yugoslavia. President Slobodan Milosevic was killed before the trial for fear of the truth. The spiritual leader of Bosnian Muslims says that there was no genocide of the Bosnians in Srebrenica, but the tribunal makes the opposite conclusion. Isn't that suggestive? "Blood-thirsty" Serbs vs. "white and fluffy" Croats, Albanians and Bosnian Muslims - this is falsification of history and criminal hypocrisy, the goal of which is to crush the Serbs as a nation and dismember the country.

Obviously, the Tribunal for the Malaysian Boeing has similar objectives. No one is going to ask who sent the plane to the war zone. Who was watching the plane for a specific purpose - to shoot it down at the intersection of areas of responsibility? How could militia forces use such a complicated arms system as Buk missile complex? Why didn't they collect all fragments and pieces of the crashed plane? Why does it take so long to investigate the crash? Why don't we know what the black boxes contained?

For the time being, we know only one thing: investigators believe the plane was downed with a Buk missile.

"I believe that the establishment of the international tribunal to investigate the crash of the Malaysian Boeing is a politically motivated action," Vladimir Shapovalov, director of the Institute of Politics, Law and Social Development told Pravda.Ru. According to the expert, there will be no fair trial. Instead, there will be a media and information campaign to discredit the policy of Russia, Donetsk and Luhansk People's Republics.

"I think that Russia must counter the international tribunal with its own idea of ​​international investigation and judicial proceedings into the facts of genocide and human rights violations committed on the territory of Ukraine by the sitting Kiev government," said Vladimir Shapovalov.

What happened to the Malaysian Boeing?