Belgium says it did not bomb Aleppo, Russia says the opposite

Belgian Defense Minister Steven Vandeput wrote on his Twitter that the Air Force of Belgium had not struck Aleppo. The minister called this information "Russia's disinformation." 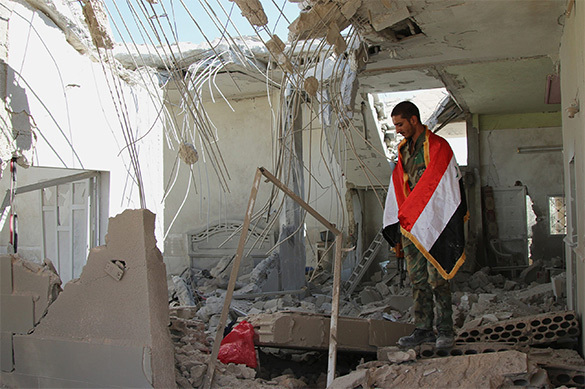 Steven Vandeput told on Radio 1 station that the Belgian Air Force was not present in the area of the city.

"There can be no doubt as to the purpose that must be 100% linked to the Islamic State terrorist group. Each mission is estimated at the General Staff," the Belgian Defense Minister said.

The official added that the incident would not have diplomatic consequences.

On October 18, at about 3 a.m., an air strike was conducted on the Syrian village Hassajek in Aleppo province. Two houses were destroyed, six people were killed and four more were injured as a result of the bombing.

According to the Russian military, there were two F-16 fighter jets of the Belgian Air Force registered in the area. There were no aircraft of either Russian or Syrian forces in the region.

"If a direct condemnation of the actions of the coalition does not follow, in particular, of the actions of the Belgian Air Force, we will not have other options but to consider the events that are happening now as an attempt to keep illegal groups on the Syrian territory," RIA Novosti quoted Russian Foreign Ministry spokeswoman Maria Zakharova as saying.

Earlier, Zakharova wrote on Facebook: "We are looking forward to statements from the US State Department condemning the attacks on civilian targets and the killing of civilians. I think it will not be hard to find photos of the victims to launch an appropriate campaign on CNN."