The Northern Fleet of the Russian Federation has deployed two batteries of state-of-the-art  K-300P "Bastion" coastal missile systems with supersonic cruise missiles P-800 "Onyx" on the Kola Peninsula. The appearance of these weapons ensures the protection of 1,500 kilometers of the Russian coast from possible landing attacks and creates a 300-kilometer "dead zone" for NATO ships in the Barents Sea. 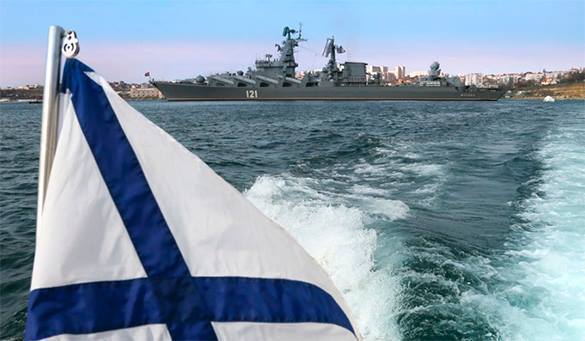 "Bastion" (NATO reporting name SS-C-05 Stooge) is one of the latest know-hows of the Russian army. The weapon was unveiled to the public for the first time in a documentary by Andrei Kondrashov "Crimea. The Way Home."

Commenting on the appearance of the complex in the documentary, Russian President Vladimir Putin proudly stated: "No one else has this weapon." According to him, it was "Bastion" that stopped both the United States and NATO from deploying their warships in the Black Sea. In addition, the appearance of the Russian system in the Syrian army also prevented a possible intervention of US and NATO navies in the civil war in Syria. The Pentagon and the EU did not risk to send their ships to the Syrian coast because of the danger of being attacked by the weapon that can overcome all modern air defense systems, the Izvestia newspaper wrote.

One battery of "Bastion" complex consists of 12 launchers on the basis of the Belarus-made tractor MZKT-7930, the body of which houses two transport-launch containers with supersonic anti-ship "Onyx" cruise missiles. Each missile carries a 290-kilogram warhead. The warhead was developed by engineers of the nuclear center in Sarov. Although this is an just an ordinary bomb, only two or three P-800 "Onyx" missiles will be enough to sink a frigate class ship. Five "Onyx" missiles can sink an aircraft carrier. The complex is out of reach for deck aircraft as it is deployed at considerable distances from the coastline. It takes only five minutes to deploy the system. When deployed, the complex is ready for use immediately and remains fully operational for up to five days, depending on fuel stocks.

A P-800 missile develops the speed that makes it practically invisible for modern radars. In addition, the missile performs intensive maneuvers as it approaches the target. It can thus be noticeable at the time when doing something to intercept the missile is already impossible. To crown it all, this supersonic missile flies just a few meters above the water surface as it approaches the target. The missiles maneuver actively changing the direction of the flight to confuse enemy radar stations. Most importantly, the missiles work together.

Spokespeople for the Engineering Corporation in Reutov, where the missiles were created, said that P-800 missiles were endowed with artificial intelligence akin to human intelligence. The missiles classify and distribute targets themselves; they choose the tactics and the plan for the attack to destroy the target.

Vice President of the Russian Academy of Geopolitical Problems Vladimir Anokhin told Pravda.Ru that Russia has been using Bastion systems in the Black Sea for a long time already. Captains of US Navy warships, when they enter the Black Sea, know that they find themselves in the zone of the Russian anti-ship systems. "Figuratively speaking, they see a sight mark on their foreheads. The fact that Russia has strengthened the defense group in the Barents Sea comes absolutely local against the background of NATO's actions in recent years," the expert said.

Vladimir Anokhin believes that Russia should take similar measures in the Far East. According to our expert, it would make Japanese, South Korean and, possibly, American politicians, nervous.

"There is no arms race, - said Anokhin. - There is an adequate response to what is happening in the world." Pravda.Ru