Central Asian states and former Soviet republics - Kazakhstan, Kyrgyzstan, Uzbekistan, Turkmenistan, Tajikistan - celebrate 25 years of their independence these days. All these countries show economic recession and suffer from the shortage of fresh water. However, primary destabilizing factors include such phenomena as unpredictable change of administration, the increase in violence in neighboring Afghanistan and the onset of Islamic extremism. 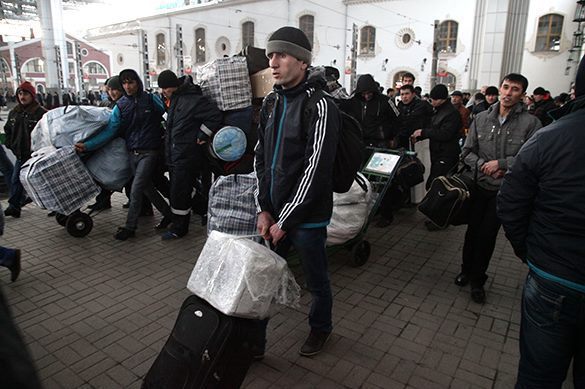 Such organizations as Hizb ut-Tahrir, the Islamic Movement of Uzbekistan and others have been particularly active in the countries of Central Asia recently. They have the support of the population, especially in Uzbekistan and Tajikistan. One may come across flags of the Islamic State (banned in Russia) in Tashkent and Kulyab.

Nomadic peoples of the region - the Kyrgyz, the Kazakhs, the Turkmens - are less susceptible to radical Islamism. Nevertheless, recent terrorist attacks in those countries (in Aktobe, Kazakhstan and in Bishkek, Kyrgyzstan, near the Chinese Embassy) indicate that the threat of Islamism is real everywhere.

Independence in all post-Soviet countries is perceived as independence from Russia. Let's see how happy Russia-independent nations are in Central Asia.

1.Turkmenistan. The 59-year-old Turkmen leader Gurbanguly Berdimuhamedov has been ruling the country for nine years. Berdimuhamedov is a doctor of medical sciences. He replaced Turkmenbashi (the father of all Turkmen people) Saparmurat Niyazov, after his death. Berdimuhamedov is currently paying a work visit to Germany, where he discusses issues of diversification of gas supplies to China. Berdymukhamedov would like to resume the Nabucco project, but Russia hinders the construction of the pipeline on the bottom of the Caspian Sea. The official reason for the obstacle is the disputed status of the sea. Obviously, Berdimuhamedov needs to talk to Putin to have the problem resolved, but the Turkmen leader prefers to talk to Angela Markel instead.

Turkmenistan has a price conflict with Russia's Gazprom on the contract from 2010. The parties still have financial claims to each other.

In Turkmenistan, Islamist groups are unable to even announce their existence. However, it does not mean that there are no underground activists in the country. One should give Berdimuhamedov credit for shedding no blood during the transfer of power from Niyazov. It became possible owing to   total control over information space, security forces and the army.

2. In Uzbekistan, a bloodless transfer of power from the unconscious ruler, 79-year-old Islam Karimov, is highly likely as well. Karimov has been staying in power since 1991, when Uzbekistan gained independence after the collapse of the USSR. Karimov has a higher education, he is a mechanical engineer. He has built a rigid vertical of power in the country. During the years of his reign, Uzbekistan has been in and out of the Collective Security Treaty Organization (CSTO). Karimov has put very strong pressure on Islamists. Mot likely, the Kremlin already knows who is going to take Karimov's place, and it appears that the Russian administration does not have any objections about the candidacy. Of course, Russia would like to hope for cooperation with Uzbekistan, taking into consideration the fact that millions of Uzbek nationals live and work on the territory of the Russian Federation.

3. The same can be said about Tajikistan. This country is headed by 64-year-old President Emomali Rahmon, an economist by training. Rahman has been ruling Tajikistan since 1994.

The Islamist threat in Tajikistan is extremely high. In August, Uzbekistan, and then Turkmenistan  expelled five Tajik diplomats for their support for Islamists. Tajik officials say that they take serious measures to struggle against extremism, but it appears that their words do not match their actions.

Tajikistan may join the Eurasian Economic Union (EAEC), but one can not rely on Rahmon, because the Tajik president does not want to unveil secrets of his business elites to Eurasian agencies. Rahman is waiting for an offer from China. If China offers him something more attractive than the EAEC, he will obviously step on the new road.

4. The 60-year-old Kyrgyz President Almazbek Atambayev has already made his choice. He was an engineer-economist by profession and became president in 2011. Atambayev has been leading Kyrgyzstan on the way to Eurasian integration for a year already. Imports of Chinese and Turkish goods to Kyrgyzstan have dropped twice, but exports of fruit and vegetables within the Customs Union have increased considerably. Large companies from Kazakhstan and Russia show interest in Kyrgyzstan, while the European Parliament granted GSP+ status to the country, having made Kyrgyzstan a member of the Generalized System of Preferences. The new status gives Kyrgyzstan  a right to make duty-free supplies of about six thousand items of goods to the EU, including walnuts, beans and honey. This could be a good lesson to Ukraine of how to become a prioritized European partner without coming into conflict with Russia.

Kyrgyzstan has experienced two color revolutions in 2005 and 2010. Clan conflicts between the north and the south have been regulated, the system of power succession has been built. Today's Kyrgyzstan is a presidential and parliamentary republic. Its main problem is about the relationship with its neighbor, Uzbekistan. Tensions arise in relation to the joint use of water resources, the Uzbek minority in Kyrgyzstan and a few border disputes.

5. It would seem that there are no serious regional, ethnic or clan conflicts in Kazakhstan. All praise Kazakh President Nursultan Nazarbayev - a long-time ruler in post-Soviet space, a record holder. Nazarbayev became the leader of the republic in June of 1989 - this is more than a quarter of a century. However, no one knows what will happen in the country during the upcoming change of power, especially if nationalists or "Westerners" (economists, lawyers, politicians educated in the West) come to power.

Nazarbayev saw signs of "color revolutions" in Kazakhstan after the terrorist attack in the city of Aktob. The population of Kazakhstan is concerned about the offensive of Chinese companies in the economy of Kazakhstan. Supposedly, China's investment in Kazakhstan is four times larger than in Russia. The locals show vehement protests to the Chinese leasing of agricultural lands in Kazakhstan.