Uzbekistan: The best and the worst scenario

Officials sources in Uzbekistan refute rumors about the death of President Islam Karimov. The information about the arrest of a number of government officials has not received official confirmation either. Pravda.Ru contacted an independent journalist in the Uzbek capital of Tashkent, Alexei Volosevich, to find out what is happening in the former Soviet republic. 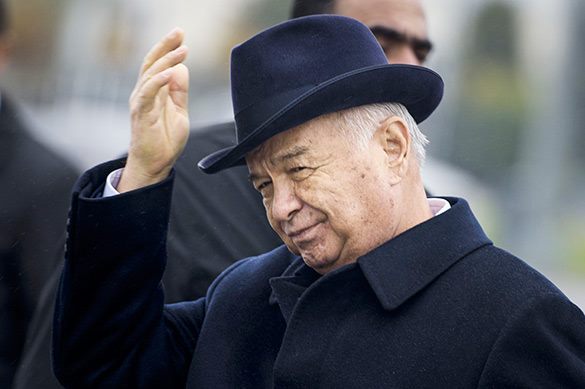 The rumors about Islam Karimov's death continue to make headlines in international publications. However, anonymous sources refute the information. "The fact that the president is alive is also an anonymous refutation," the independent journalist said.

As for the situation in general, Alexei Volosevich told Pravda.Ru that the streets of Tashkent are quiet and peaceful.

Pravda.Ru correspondent asked Associate Professor of the Department for World Politics at the Moscow State University, Alexei Fenenko, to comment on the scenarios that Uzbekistan may face in the nearest future.

"Let's assume that doctors will be able to prolong Islam Karimov's life for a few years. The sitting authorities will stay at the helm for severs years as well. However, the president's age and his health condition suggest otherwise," Alexei Fenenko told Pravda.Ru.

"If he passes away or becomes disabled, there will be several ways for Uzbekistan to follow. First and foremost, a powerful official from the incumbent authorities may come to power in the country to eventually evolve into a new version of Islam Karimov. His daughter Gulnara may take office as president as well. However, Gulnara does not enjoy great support among the local elite. However, she may try to establish herself as the new leader of the country to continue her father's line of politics. We have already seen such a development in Turkmenistan, when, after the death of President Niyazov, his place was taken by Muhamedov, and no catastrophe ensued. The Turkmen option would be best for Uzbekistan," the expert believes.

"The variant of the weak interim government is also possible, when either Gulnara, or a powerful official take power in their hands only for a few years. The worst scenario is the scenario of mass riots in Uzbekistan They may lead to the islamization of the country," the expert told Pravda.Ru.

It is hard to say for certain, whether it is the domestic or the external factor that poses the greatest danger to Uzbekistan. The external factor is Afghanistan, where ethnic Uzbeks live. Islamists, drug lords and terrorists may try to penetrate into Uzbekistan slowly. Their offensive may last for years. "In this case, there will be no signal, to which the government will be able to show proper reaction. This would be the most dangerous scenario for Uzbekistan," Aleksei Fenenko told Pravda.Ru.

For the time being, as long as there is no precise information about the state of Islam Karimov's health, Russia can only keep an eye on how events in the country develop.