An American senator (legally) in Syria 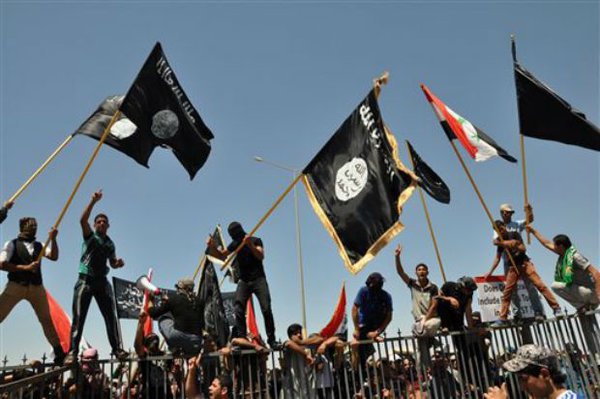 Virginia Senator Richard Black is from the beginning of the Syrian crisis one of the few American politicians to speak in defense of Syria and her people against the aggression that this Middle Eastern nation is suffering from nearly six years.

A few days ago he gave us a video interview: what is mentioned here is a summary and at the bottom there is the link to the video on YouTube.

Senator Black reached Syria through Lebanon during a recent journey and met with political and military people of both countries during a series of informal but no less important meetings. It's the opinion of the senator that it is time for the American people to know that United States started this war, about which in the West only the official version is knew. It was not a spontaneous uprising as the mainstream media try to make us believe, but a coward secret operation launched by the US government to subvert another, the Syrian, who was not enemy of the US.

Inconvenient truths for the American people

It's risky to affirm this and other inconvenient truths, as evidenced by the strange but fatal accidents happened in Turkey to a few courageous journalists or the jailing of others more lucky, but it is something that must be done.

About Palmyra, that Black has visited accompanied by Syrian military, the senator has been clear: the so-called Western "coalition" has done nothing to prevent the capture of that ancient city or did something to free or defend her after. So, one of the greatest treasures of human civilization risked being wiped away by the destructive madness of Islamist militias. Harsh words were said by the senator about Turkey, defined as a kleptocracy [present in the video at min. 5:30] being Turkey and the government of dictator Erdogan [present in the video at min. 5:50] involved not only in the war but also in the continuous theft of the Syrian oil, the Syria's archaeological treasures and in the traffic of human organs.

Touching words has been reserved for the Russian soldier Alexander Prokhorenko who sacrificed himself during a military action and for Khaleed al-Asaad, the old archaeologist of Palmyra who was beheaded by Islamists after a month in captivity. It has been a great honor for Richard Black to shake hands with the son of this man.

Between the personalities seen by senator Black during his journey, there are the Lebanese general Aoun, future president of Lebanon, but especially President Assad and his wife Asma, a charming and lovable woman, sometimes even shy. The impression that Black was made of both is that they are closer to the West than you think, in total contrast to other presidential couples in that area. It's easy to demonize someone before you know him or her, difficult after you has been in contact.

Russian intervention changed the cards on the table

The Russian intervention has changed the cards on the table, Black recognizes, and made it in better, for example by destroying all the tankers with which the militants carried in Turkey the oil stolen to the Syrians. There is no longer the Soviet Union with her communism and then the Western attitude towards Russia must change: the NATO, which originally was an admirable alliance, has now become a very profound threat for peace [present in the video at min. 19:00]. The so-called "coalition", Black continues, coordinates itself with Saudi Arabia which is one of the largest sponsors of international terrorism on Earth and with Turkey whose president said he wanted the power of Adolf Hitler  [present in the video at min. 19:35].

Senator Black does not understand all of this: ironically, Russia became the defender of human civilization and of the Western values. Moreover, "Assad must not go" says the senator because otherwise Syria will succumb to chaos, as Libya. Turkey is also the main obstacle to any peace process to this crisis and one the main supporter of terrorist groups. There are no "moderate rebels", Black continues: they are all vicious and violent jihadists.

With the upcoming US presidential elections there is the possibility of a new beginning for the United States and therefore the possibility of correcting past choices. But certainly not with Hillary Clinton as President: for Senator Black, Mrs. Clinton is one of the most bloodthirsty leaders that America has ever had [present in the video at min. 32:30]. Richard Black reminds Hillary Clinton's behavior at Tripoli airport, shortly after the death of Gaddafi:  "We came, we saw, he died"  and then she bursts out laughing like a witch  [present in the video at min. 33:00].

Gaddafi has been a problem for America, many years ago, but in recent times was a good friend of the US government. Overthrow him was more than a mistake and the same would be with Syrian President Assad.

The mandatory political choice for Richard Black seems to be Donald Trump in whose agenda there is room for a normalization of the relations between the West, Russia and the Middle East.

The last question could only be about Turkey and her president, Recep Tayyip Erdogan that according to Black is one of the most dangerous men on Earth, the man who wants to resurrect the Ottoman Empire, which has always been enemy of Europe and her culture.

We want to end with a personal consideration: the interview lasts about forty minutes. Not a few... And yet we think it deserves to be seen in full. we believe that it is not only a collection of sounds and images but a document, Historical although recent, about who could remain silent in the face of injustice and did not do it, about who could look the other way and instead preferred to look at and take his responsibilities.