The silence of Greek lambs

The Turkish Air Force has violated Greek airspace more than 20 times, with two cases of "virtual air battles." All of these events took place on Monday, February 15. Greece has not been taking any efforts to put an end to Turkey's impunity for hundreds of years. As a result, the Greeks have lost their sovereignty. Should Russia help Greece? 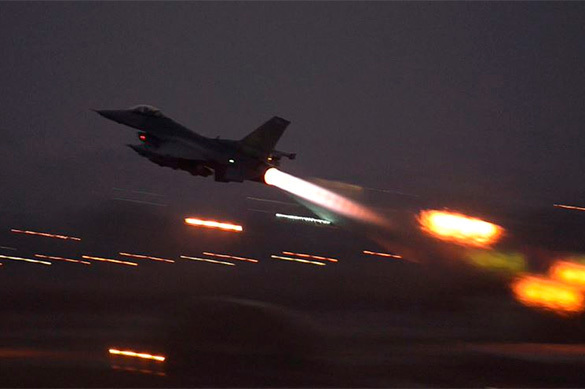 Violations of Greek airspace on February 15 took place between the islands of Chios and Samos, as well as between the islands of Lemnos and Lesbos, Greek news agencies reported. According to the General Staff of Greece, Turkish aircraft violated flight rules in the Athens flight information region (FIR Athens) and entered Greek airspace 22 times. Such reports are not uncommon. In 2015, Turkey, according to CNN Greece, violated Greek airspace 1,375 times; in 135 of those cases, the transgressing aircraft were equipped with combat arms.

Let us remember that even a few hours after the Turkish F-16 shot down a Russian Su-24 in the sky over Syria, another Turkish aircraft violated Greek airspace. Why such insolence? Violations take place in territorial waters of Greece in the Aegean Sea, where Turkish warships frequently come for "patrol purposes."

Conflicts occur at the highest level too. Greek Prime Alexis Tsipras was to fly to Tehran on a military plane on February 7. The Turks did not accept the trip plan via the island of Rhodes as Turkey considers the island a demilitarized zone. Tsipras changed his route, and the speaker of the opposition Nea Democracy Party (Νέα Δημοκρατία, "New Democracy"), Ioannis Kefalogiannis expressed "concerns about the inability of both the government and the Prime Minister to defend the country's sovereignty," efsyn.gr website said. Noteworthy, the silence on the part of Greece is just as impressive.

Turkey's brazen behavior in relation to its neighbor is based, like in Syria, on the plans to revive the Ottoman Empire - this is the objective of sitting President Recep Tayyip Erdogan and Prime Minister Ahmet Davutoglu.

The "national oath" concept has existed in Turkey since 1923. The concept provides for the establishment of the rights to the northern part of Greece, up to Thessaloniki and Cyprus. In accordance with this concept, maritime boundaries in the Aegean Sea are to be revised too. This is the reason why Ankara refuses to sign the UN Convention on the Law of the Sea.

Greece can not protect itself

In 1996, Athens and Ankara were on the verge of an open military conflict. Many Greeks were convinced that the Turks shot down a Greek helicopter. However, NATO helped to hush up the case. It was officially announced that the helicopter crashed because of a technical failure. All this had given rise to the feeling of impunity in the Turks.

Greek officials traditionally complain that NATO strongly refuses to intervene in the Greek-Turkish relations. Yet, the European Union, in turn, continues the talks about Turkey's EU membership, even though Turkey questions Greek borders and supports the occupation of northern Cyprus. Why don't Greek officials stand up and say that at the UN? Why don't they go to The Hague Tribunal?

Greek generals like to say that should NATO ask Greece to support Turkey in the framework of Article 5 of the Washington Treaty (mutual assistance), Greece is not likely to agree. Yet, it appears that Greece will agree to that quickly. Greece will swallow the exclusion from the Schengen area because of the refugee crisis.

If a country has no sovereignty, there is nowhere where this country can take sovereignty from. One shall assume that Turkey may successfully take away Greek gas fields that were discovered in 2010.

Enormous reserves of oil and gas were discovered in the waters of Israel, Greece, Turkey, Cyprus, and potentially Syria. Incidentally (or maybe not?) the EU enslaved Greece with its bailout program. As a result, Greece is the only country today that has not announced its rights for the exclusive economic zone in the Aegean Sea.

The International Monetary Fund wants Greece to sell its state-owned oil assets. To crown it all, Turkey said that if Greece continues looking for oil, Turkey will take it as a sign of military aggression.

So this is what we have: Greece is a weak country that has lost its sovereignty on account of its own mistakes. Does Russia need to help?

"An open armed conflict between Turkey and Greece is possible, judging from Erdogan's behavior in Syria, but it is not in the interests of the Turkish government to increase the number of fronts," Azhdar Kurtov, a historian, political analyst and editor-in-chief of Problems of National Strategy magazine told Pravda.Ru.

"Turkey has deployed its troops in Iraq and Syria. If there is a conflict with Greece, I do not think that it will play into the hands of Erdogan's team as his team still receives the support from the USA and several countries of Western Europe.

"Russia must realize that Greece is an Orthodox country, but the government of this country is bound hand and foot. Greece has financial obligations to international monetary institutions controlled by the United States. The country is also a member of NATO and the EU - this also entails certain obligations," Azhdar Kurtov said.