Take a leaf out of someone's book goes the old saying, the insinuation being you might learn something. Let us apply the concept to the area of international relations, diplomacy and plain good manners and apply them to the world stage set before us. Let us then sort out the wheat from the chaff. It would appear Moscow's is as good a record as any. 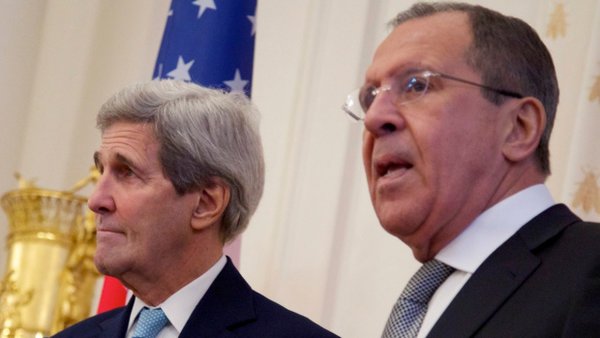 Pride of place in the list of insolent, priggish, stuck-up and downright rude remarks goes to Britain's Philip Hammond, who evidently has not one iota of emotional intelligence. After his record of nasty quips about Russia - the normal sausage-factory ones from the repertoire of those who control through the manipulation and perpetuation of fear (Russia being a threat and such nonsense) - and after making remarks which point alarmingly to his total lack of grasp of the geo-political reality, we had just recently perhaps the epitome of barefaced arrogance, calling the Russian concert in liberated Palmyra "tasteless".

Providing beauty and dignity is tasteless, for Hammond

Just to jog the memories, one week ago the Russian conductor Valery Gergiev conducted the Mariinsky Symphony Orchestra from Saint Petersburg providing a concert among the ruins of the ancient city of Palmyra, under an extreme threat of danger to himself and the orchestra, playing pieces from Bach, Prokofiev and Shchedrin. The aim was to provide a concert under the theme "Prayer for Palmyra. Music revives ancient walls". The idea was to provide moments of beauty and dignity for this wonderful home of world culture to wake up from its nightmare under Islamic State, which used its amphitheater for executions. The purpose of the concert was to honor those victims and bring back some Godliness and humanity to a space stained by the demonic acts of the legions of Baal.

But what does Philip Hammond do? He sneers from the sidelines, like the two old men in The Muppet Show, with a derisory scoff that the concert was "tasteless". Apart from the sheer, sh*tfaced arrogance, insolence and total lack of appreciation for culture, quite apart from the demonstration of an absence of emotional intelligence, Philip Hammond yet again shows abominable judgement and an inability to understand the basics of what should be the prerequisite of, and necessary basic requirements for, his position.

He has company. Where? Well, where else, across the Pond of course, chez his Puppetmasters, the ones who pull his strings and that of the satellite of the British Foreign and Commonwealth Office, the MoD, or Ministry of Defence. The way it works is like this. The Sinister Six (the Sinister Six Lobbies which dictate the policies of Washington and its "allies", aka Poodles, namely the Banking, Arms, Energy, Finance, Food, Pharmaceuticals, or BARFS) use NATO, the North Atlantic Terrorist Organization, as the cutting edge to implement its policies, usually in a country or territory rich in energy resources or in an interesting geo-strategic position, such as on an energy supply line.

We can apply this rule to practically all of the recent conflicts. Afghanistan's massive natural resources and location, the oil and gas riches of Iraq with Iran waiting in the sidelines (forestalled for now by Moscow), Libya of course, Syria (forestalled for now by Moscow) and Kosovo, a quasi-NATO-narco-state, bang slap in the center of Europe's most unstable region, on the supply line of drugs from Afghanistan where NATO troops have been filmed standing guard while opium poppies are harvested, through willing lackey Turkey which shoots down Russian aircraft then looks on as its pilots are murdered and does deals with ISIS behind everyone's backs and on to the Kosovo Albanian Mafia, famous for their terrorist acts against Serbia and decapitation of Serbians, organ trafficking and so on, these little darlings of the West.

From BARFS to FUKUS

So when the Sinister Six BARFS have established their next target, the FUKUS Axis swings into action, this being the France-UK-US axis which so ably turned Libya from the country with the highest Human Development Index in Africa into the ungovernable chaotic tissue of terrorists with three governments and ISIS in Tripoli that it has become.

And on stage are wheeled illustrious persons such as the British Foreign and Commonwealth Ministers (Foreign Secretaries) and US Secretaries of State, who collectively belch catchphrases and fart soundbites such as "Gaddafy must go" (er, just a minute here, where is the system of due process and democratic election?) or else "a post-Assad Syria" (did anyone actually vote for this yet?) and while they are performing this pitiful play in the public eye, the corporate media is helping them to shift the goalposts daily and rewrite history by the minute.

A gullible public does the rest. History is rewritten and the world takes one more inevitable step towards the precipice, and all Hammond, Powell the Queen of Liars, that Rice female, Hillary Clinton, Hague and now Kerry have done is to act like the Lord Haw-Haws of their time, pandering to the whims and caprices of the demonic influences which they serve.

There is another alternative, which is to take a page out of Moscow's copy book. For this we first have to examine the facts, objectively. Those who know the facts apply the agreements signed under the Constitution of the Soviet Union by Georgia as regards South Ossetia and Abkhazia. They apply the Constitution of the Federal Republic of Yugoslavia and of the Republic of Serbia and Covenants of International Law to the abduction, kidnapping and illegal detention of Slobodan Milosevic and the quasi-NATO-narco-state of Kosovo, which is Serbian territory and always will be.

They apply the UN Charter to Iraq, to Afghanistan, to Libya and to Syria. And then we see who has upheld international law throughout all these years and who has breached it at every turn, including committing war crimes under the Geneva Conventions. Humankind might not judge those who have sent world civilization back decades or centuries in the last few decades during my lifetime but the history book eventually will. And as soon as they leave office, they will be looking over their shoulders, like Anthony "Call me Tony" Blair does today, wondering when it will happen and when they will receive a summons to a courtroom.

The alternative to calling classical music concerts "tasteless", to calling for and working towards the overthrow of democratically elected leaders of sovereign states, to telling barefaced lies, is to show a modicum of humility, dignity and professionalism, and to behave in accordance with the norms of international diplomacy. If it is that difficult, take a leaf out of Moscow's copy book.