Two years after the Ebola Virus Disease saw its first chain of transmission in Gueckedou, Republic of Guinea, in late December 2013, the World Health Organization has announced a 42-day period without any cases of transmission of this disease, meaning the beginning of the end of the virus in this country. 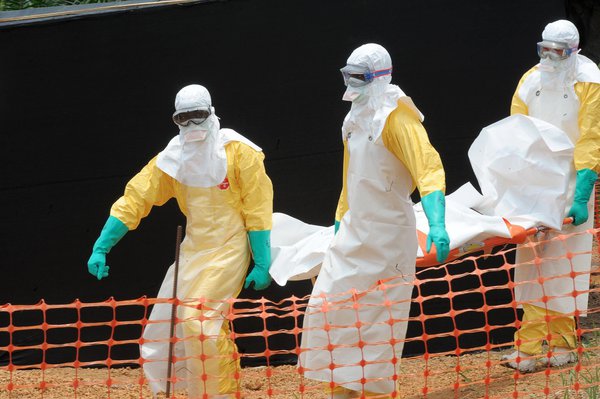 It is 42 days since the last confirmed case of Ebola Virus Disease (EVD) was tested negative for the second time, meaning that the Republic of Guinea enters a period of ninety days of heightened surveillance. It does not mean that the EVD outbreak is over but it does mean that any new cases will be identified quickly and therefore lesson the rate at which the disease can spread.

Why these measures were not taken at the beginning of the outbreak, why the international health authorities took so long to act, are the questions the WHO has already considered, and admitted that it took too long, when from day 1 in this column I was predicting exactly that this was what would happen.

Dr Mohamed Belhocine, WHO Representative in Guinea, has declared that "WHO commends the Government of Guinea and its people on the significant achievement of ending its Ebola outbreak," adding that "We must render homage to the Government and people of Guinea who, in adversity, have shown extraordinary leadership in fighting the epidemic".

It remains to be seen what happens next

It remains to be seen if this is the end of the epidemic, for there have been cases of disturbing relapses after apparent cures - the virus has been shown to lodge itself in areas of the body such as the eyes and then resurface. There have been no less than ten flares, or small EVD outbreaks, between March and November 2015, probably caused by the re-emergence of the disease among survivors. It appears that the virus can lie hidden in the semen of males for up to one year.

However it is the first time that chains of transmission have stopped in the epicenter of the disease, centered on three countries - Republic of Guinea, Sierra Leone and Liberia; the disease also spread to seven other countries.

"I commend the governments, communities and partners for their determination in confronting this epidemic to get to this milestone. As we work towards building resilient health care systems, we need to stay vigilant to ensure that we rapidly stop any new flares that may come up in 2016." (Dr Matshidiso Moeti, WHO Regional Director for Africa).

In the immediate future, the World Health Organization is working with the countries affected, providing medical and psychosocial care, screening, counselling and education.

In the words of Dr. Bruce Aylward, Special Representative of the Director-General for the Ebola Response, WHO:  "The coming months will be absolutely critical. This is the period when the countries need to be sure that they are fully prepared to prevent, detect and respond to any new cases. The time-limited persistence of virus in survivors which may give rise to new Ebola flares in 2016 makes it imperative that partners continue to support these countries. WHO will maintain surveillance and outbreak response teams in the three countries through 2016."