NATO attacks Russia! What was going through the minds of the Turkish military hierarchy when they gave the order to destroy the target they say was flying over their airspace is difficult to fathom, but then what to expect from a country which perpetrated the Armenian Genocide then denied it? Was the objective to halt the anti-terrorist operation? 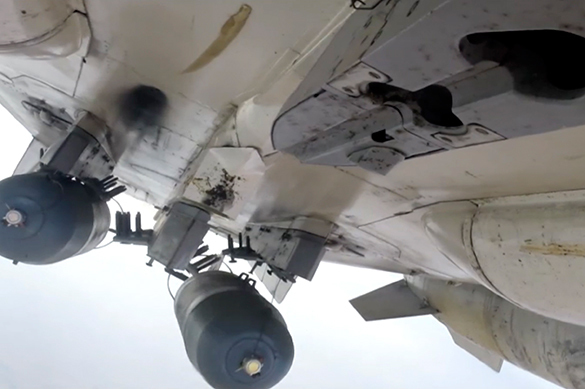 Turkey is good for one thing, as we saw when their boat to Gaza was boarded by Israeli commanders: turning tail and running, like a collection of yellow-bellied, sniveling, sh*tfaced cowards. And today, hiding behind the skirts of NATO, Turkey states it has shot down a Russian aircraft performing an anti-terrorist operation against Islamic State. Well, well, surprise, surprise!

Many have been the accusations that Turkey, a NATO member, has not done enough to counter Islamic State, many have been the accusations that Turkey has been cooperating with Islamic State by not cutting off its supply lines. So putting two and two together, and given Turkey's own record in the Armenian Genocide, which it denies of course, we see that the terrorist entity is Turkey and the North Atlantic Terrorist Organization it belongs to and we see that the real aim is to thwart Russia's anti-terrorist campaign in Syria.

Of course, NATO cares more about Paris than about a Russian passenger airliner, after all, the incident only caused double the number of victims and just a few weeks on, the story has zapped off the radar. You can almost hear the NATO hierarchy chortling and saying "it was their own fault".

Until proven otherwise, and there is more reason to believe the Russian version than the one from a country which murdered one and a half million Armenians and then callously states that it did not happen, what anyway was the Turkish military thinking about when it downed a military aircraft carrying out an anti-terrorist operation? Was the objective to halt the operation and protect the terrorists?

Once again, what to expect from Turkey, a pariah state in the entire international community? As for NATO, is anyone seriously surprised? A terrorist is a terrorist.