Around the British Commonwealth, April 25th marks the annual observation of A.N.Z.A.C. Day. Nowhere is there more reverence for this commemoration than in Australia and New Zealand. For those citizens 'ANZAC' has special significance; this is especially true for the service men and women of their combined armed forces. 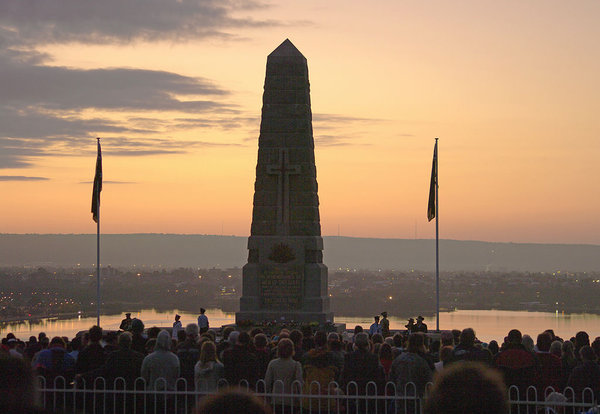 At the surface the 'ANZAC' acronym simply means 'Australia and New Zealand Army Corps'. To wit, the veterans' family lineages take time to pause and remember their fallen brethren from the 'Gallipoli Campaign' of 1914-16. This European battleground was part of Earth's first great disaster known as World War I. It was there at that remote peninsula on the Aegean Sea in southern Turkey that so many of ANZAC's paid the ultimate sacrifice for their country, as part of the 'Greater Commonwealth', with the loss of their lives.

Why these brave young souls were killed in copious numbers eludes the experts. Some proffer though they were even sacrificed. Amongst survivors' kin, a feeling of resentment still prevails today; and rightly so. Truth is: the 'Gallipoli Campaign' in terms of planning/execution was nothing more than shortsighted hubris. Modern pundits decry that the 'Gallipoli Campaign' was British military adventurism at its worst; its failure only pales in comparison with the infamous 'Charge of the Light Brigade' decades earlier along the shores of another peninsula, one bordering the Black Sea, at Balaklava Crimea.

How the Gallipoli tragedy unfolded, no one knows for sure. What is known is that the British Empire had no shortage of citizens from around the Commonwealth willing to volunteer and do the Crown's bidding; even if that meant going to war in faraway places without full disclosure as to the true causative factors or to the probable outcome or stated goals. Yet, the Commonwealth's diverse peoples came just the same; their numbers came in droves; and from every country, and outpost from any direction the volunteers registered en masse to enlist.

The ANZAC ranks included not only British 'colonials'. The Commonwealth's indigenous peoples also responded to the Empire's call to arms. New Zealand's Maoris and Australia's aboriginal tribes formed the native contingents. There were other outlier groups too. As for the reason why these conquered cultures chose to answer Royal Britannia's clarion message, one only surmises. Some natives swore that it was out of loyalty. Others disagreed. Those 'warriors' posited that it was merely case of their intrinsic propensity to respond to a 'good fight'. Whatever the motivation was, the native volunteers should have been lauded for their personal loyalties towards the Commonwealth's defense (or 'offense' depending on one's own political disposition). Some fronts took up their cause; respective RSA's treated them as equals.

The glory days of the past

A century later, youth in Britain and its former colonies are loath to neither grasp the meaning of 'Commonwealth' let alone ponder nor appreciate the personal and national sacrifices of former progenitors. The glory days of the past are never cognizant in their thought processes. To them, the sun has long since set on 'The Empire'. It is inconsequential that the 'Great' in Britain has been lost. Today's Commonwealth 'X and Y' generations have other concerns; they worry most about the lack of good prospects for their future; they are no different than their genre elsewhere on the globe.

What is there really to celebrate about ANZAC? That concept is alien to many of them. To get a better sense of why ANZAC is still revered among older generations, I turned to a friend for help. She, a Kiwi, offered a plausible explanation. "Like Kosmic ether, ANZAC permeates all space. The 'spirit' transforms; once infused, that person was elevated to a higher plane. ANZAC was the Commonwealth's lifeblood. When duty called, young males left their farms, businesses and familial concerns all behind.

They enlisted with honor." No doubt, anyone who has had the pleasure in making acquaintance of Kiwis or Aussies would attest to the veracity of that sentiment. Cannot help but get the feeling that the ANZAC spirit needs to infect more of us. If that happened, the whole world would become a better place; our planet would at last be fit for living; peace loving peoples would unite; bound together they could fight and defeat a common enemy like global terrorism.