Under the Geneva Conventions and other legally binding international treaties and covenants, the rules of engagement and of waging war are carefully regulated, clearly set out and defined. The legal framework for prosecution in cases of violation exists and the case of Iraq is a clear example of such violation. Why then is there no due process? 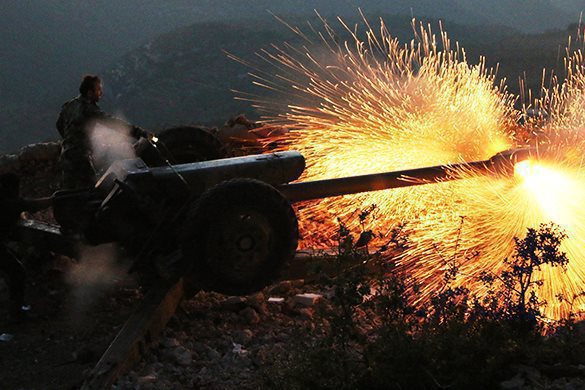 We saw it before in the case of the Balkans, where those deploying Depleted Uranium (DU) weaponry consistently denied that such weapons were illegal because they did not leave the theatre of war contaminated after deployment.

The official position of NATO and the US and British military authorities was peremptory: the claims that DU caused illness were unfounded. However, a warning was issued by the German Army to its troops in Kosovo (1999) about the long-term hazards of DU, instructing them not to approach locations where DU ammunition had been deployed, "except for life-saving purposes and/or measures indispensable to the mission accomplishment". The warning continued, "It must be assumed that not only the interior but also the surrounding area of an armored vehicle destroyed by DU ammunition is contaminated".

This being the case, deployment of this ammunition constitutes a violation of the Geneva Convention. Children playing on burnt-out vehicles would by now be developing life-threatening diseases, the same ones that are claiming the lives of so many soldiers who unwittingly came into contact with this substance. There is no doubt that the German regulations are incriminatory. They add that "long-term hazards may also result from drinking water and soil contamination".

The United Nations Environment Program interim report on Kosovo stated that radioactivity levels were higher than expected in areas where DU had been deployed and made an urgent call to UNEP personnel to seal off 112 such sites in Kosovo after considerable levels of uranium dust had been found in bomb craters. It was not only the UNO that had raised the alarm. Homes of British Gulf War veterans suspected of leaking the story to the press were raided. Pravda.Ru personnel, who had started to write about the subject, suffered destructive hacking attacks on their PCs.

It is not only among troops that disease has been reported in areas where DU was deployed. In Iraq, the incidence of cancers in such areas is twenty times higher than normal. Children are suffering from cancers of the brain and the eye which did not exist before 1991 and girls as young as eight are starting to suffer from cervical cancer. Military experts in the US and UK claim that the deployment of mustard gas against the Iranians in 1986 was responsible for these diseases, yet this is a gas which affects the respiratory channels, not the cervix.

Indeed, the US and British military authorities were also wise to the risks, despite having deployed some 339 tons of toxic metals in the Gulf in 1991. British troops fired some 100 DU tank rounds while the US troops deployed around 860,000 rounds, fired from tanks and aircraft. In the Balkans, the US forces used some 10,800 rounds in Bosnia and 31,000 in Kosovo.

A document from the US Army Office of the Surgeon General in August 1993 claims that "when soldiers inhale or ingest DU dust they incur a potential increase in cancer risk". A British Ministry of Defence alert issued to the Headquarters of the British Forces in Riyadh on February 25th, 1991, states that "Two potential health risks from DU oxide dusts exist. First. Irradiation from alpha particles, levels are extremely low but ingestion and inhalation should be avoided. Second. Heavy metal oxide, treat as for exposure to lead oxides". In areas where DU was deployed, the document urged British troops to use nuclear, chemical and biological protection suits.

Responsibilities and accountability in Iraq

The Geneva Conventions are clear as regards what constitutes responsibilities and accountability when countries invade others. In the case of Iraq in 2003, the USA and the UK, and a handful of lackeys, decided to invade Iraq based upon lies outside the auspices of the proper legal forum for such an act, namely the United Nations Security Council.

The Fourth Geneva Convention make it very clear that territories invaded must not be rendered toxic or contaminated and that the functioning of civil society must be guaranteed by the invading force (even when there is a casus belli, which in this case there is not). So if in April 2016, 13 years after the illegal invasion, the death toll in Iraq stands at figures which would be considered those arising from a civil war in any other part of the world, who is responsible and where is the accountability, if such invasion destabilized a hitherto stable state?

In April 2016, according to the UNO, 741 Iraqis were killed and 1,374 were injured in acts of terrorism, violence and conflict. Jan Kubis, Special Representative of the UN Secretary-General for Iraq, states: "It pains us to see the continuing bloodletting and loss of life, particularly among civilians who are paying a high price as a result of bombings and the armed clashes".

Nowhere is safe. People are not safe to go out and buy a loaf of bread, to go to the marketplace, to go and have a coffee, to go and pray, to conduct a pilgrimage. This, in a country with a complex socio-ethnic-religious mosaic carefully nurtured and sewn together in which people lived together in peace. Until the USA and UK marched in.