Sunday, the 17th of this month, in the afternoon and evening, many Brazilians (in Brazil and abroad) had the opportunity to watch a shameful and depressing spectacle, a real circus, whose actors (fulfilling a ridiculous and - by the way - of poor quality from the artistic point of view) were the congressmen, who mostly are a gang of Pharisees, hypocrites, false, corrupt, opportunists, cowards, traitors and conspirators. 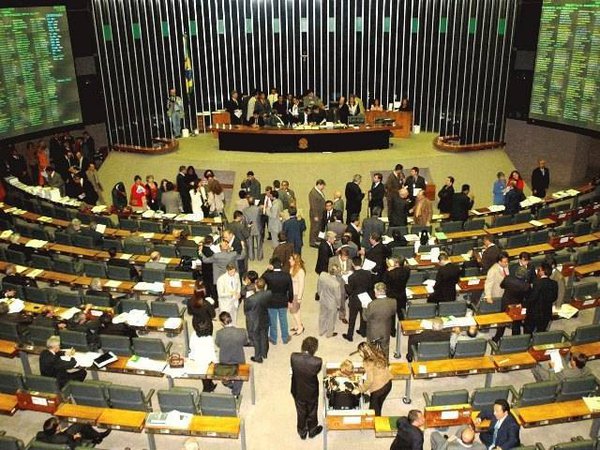 It was disgusting and repulsive to see that - after winning the 342 votes - a group of these federal conspirators and traitors deputies (some of them were government ministers until a few days before the vote), a ruthless and diabolical attitude, rushed to the house of the chief of conspirators and traitors, who received them with a cynical smirk (see photo shared on social networks). It's unbelievable! For anyone who has a minimum of decency and human dignity, it was a scene to provoke vomiting!

Hope for the future

To be sure, we must recognize that in the House there is also a small group - and this is cause for much hope - of honest congressmen who, despite adverse conditions, are struggling to make political practice a real service to the people and very common. Pope Paul VI said and now Pope Francis repeats it: true political practice is one of the most sublime forms of charity (love).

Unfortunately, in recent years, the biggest mistake of the popular political forces in the government was making an alliance with a political group, which is part of the economic power holders (the "demons" of today). And look what happened! I hope the betrayal of the new "Judas" will serve as a lesson to these popular political forces and also to all the popular social movements and all unions of workers fighting for a new society, which is just and egalitarian.

Let us remember the words of Jesus of Nazareth, "You cannot serve God and money" (Mt 6, 24): The God money, the great idol of our time.

"Woe to you, scribes and Pharisees, hypocrites! You are like whitewashed tombs, which outwardly appear beautiful, but within are full of bones of the dead and rotting! So you also: outwardly appear righteous before others, but within are full of hypocrisy and iniquity "(Matthew 23: 27-28)!. These words are the perfect picture of what we saw in the Chamber during the vote on impeachment, which was a low political coup, cowardly and vindictive.

One of the most disgusting things of the impeachment voting session was to see how congressmen, during the vote, emitted catchphrases, defiling the most sacred values of human life and sometimes using - so distorted, opportunistic and self-righteous - the very Word of God to defend their personal and group interests. There was even deputy who paid tribute to one of the biggest torturers of civil and military dictatorship. It is execrable!

I deeply regret that many congressmen (who call themselves, but they are not) Catholic Christians or evangelical Christians are worse than others. How, for example, is there a president of the Federal Chamber, notoriously corrupt, chairing such an important meeting? It really is the end of the trail! The shamelessness no longer has any limit! I've never seen these Pharisees speak both the name of God in vain.

The Goiana bench deputies (with one exception) confirmed - with its political practice - the state of Goiás is one of the most backward states of Brazil, from a cultural and ethical point of view. In Goiás, still dominate the rural colonels (the landlords), urban coronelismo (owners of real estate) and the political coronelismo, the latter serving the first two.

In Goiás, criminals - often arrested or with arrest warrants against them - are the workers who are fighting for the sacred right to land and housing.

Whoever has the stomach for it, should read the media statement of Goiano congressmen - and other states as well - at the time of the impeachment vote. It's amazing! Finally, let us remind the deputies that God is just. Wait! The hour of justice will come!

In contrast to the demagogic and opportunistic use of the word "people" by the deputies, I leave a testimony: Sunday 17, the day of the impeachment vote, the Communities of the Parish of Our Mistress (Northwest Region of Goiânia) where I act pastorally, there was among the people a climate of much concern and on people's faces was stamped a sense of disappointment and sadness. This is very significant! Personally, I could only watch the last part of the "circus" of the impeachment vote, but was more than enough to see clearly that it was a farce.

Winning the 342 votes was a profound silence. Around 23h, the streets and avenues of the neighborhood of Curitiba III, where I passed in the car, were completely empty. It looked like a funeral mood. There was no sign or manifestation of euphoria by the people. This fact alone speaks much more than all the demagogic phrases effect of federal deputies of Goias and Brazil.

There is a fundamental difference in the use of the word "people" between the deputies and those who struggle for a new society which is the society of the good life or - in the light of the Faith - the kingdom of God in the history of mankind and the world . For the former, the "people" are the elites and middle class groups to defend their own interests, allied to the elites and public demonstrations, usually make a lot of noise. For the latter, the "people" are the poor - male and female workers - who are the vast majority, and its allies. Think!

As Pope Francis says, making his own the words of the popular movements, "this system does not take it anymore. We have to change it, we must go back to bring human dignity to the center, and on this pillar, to build social structures alternatives we need "(1st World Meeting of Popular Movements. Rome, 27-29 / 10 / 2014).

In the next elections we will banish from public life - once and for all - this bunch of corrupt politicians and traitors who are able to sell their own mother to defend their interests. Let's vote for workers and honest workers, who do not sell and are willing to put in political practice the common good of the service. Enough of such dirty tricks!

We are in the Easter season. Easter - for Christians - is "transition" to a new life. We have no right - especially the followers of Jesus of Nazareth - to lose hope. Let us sing: "Victory, you reign!"

Doctor of Philosophy (USP) and in moral theology (Asunción - SP)

Retired Professor of Philosophy at UFG